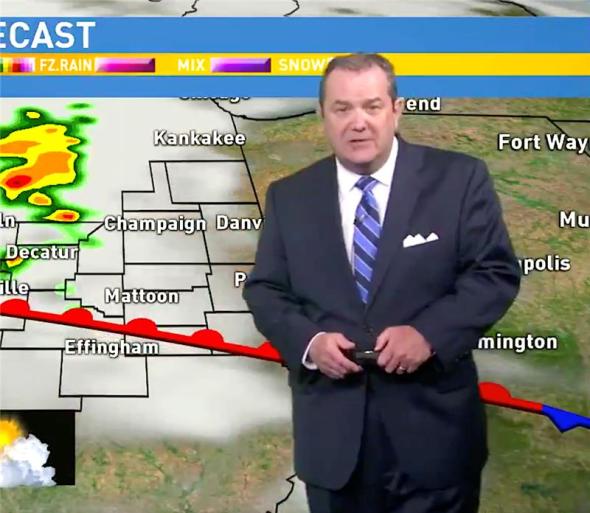 “Joe Crain and WICS wish to announce that they have resolved their differences in a private agreement and will be moving on from their dispute,” read the statement. “WICS thanks Joe for his 14 years of service to the station and to the community, and believes it is unfortunate how these events unfolded. Joe thanks the community for its support, thanks WICS for his time there, and asks the community to return to business as usual for the good of all parties.”

Crain was fired after criticizing the station’s use of “Code Red” weather alerts on-air. “Code Red” was a weather warning franchise used by Sinclair owned stations that changed after Crain was let go.

After his firing, a facebook page called “Supporters of Meteorologist Joe Crain” sprang up. The State Journal-Register reports the Sinclair owned station also lost some sponsors.

“They want sponsors back,” Michael Jerome, the man who started the Facebook page, told the Journal-Register. “I don’t know that everyone’s pleased with the statement.”

“I think (WICS) had to put it out there to smooth things over. I think it’s too little, too late.”