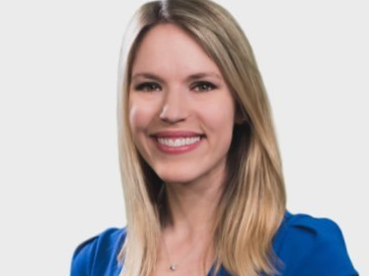 Cleveland reporter Olivia Fecteau has been off the air for around two weeks. On Tuesday, she shared why: she is undergoing treatment for a rare form of cancer.

Last week, the WEWS reporter was diagnosed with a fast-growing cancer called T-cell acute lymphoblastic leukemia/lymphoma, she said on Facebook.

“While this is an aggressive cancer, the doctors say it’s very treatable for someone my age,” Fecteau wrote.

Fecteau first went to the doctor thinking it was another condition.

“I hadn’t been feeling well for several weeks before my diagnosis but assumed I was either rundown or maybe had a viral infection,” she said. “I even went for a couple of Covid tests to rule that out. But my lymph nodes under my chin were enlarged and I had a hard lump just above my collarbone that wouldn’t go away, making it hard to swallow and even breathe.”

The reporter is receiving care at Cleveland Clinic, and started chemotherapy on Friday. She is expected to be in the hospital for another several weeks before returning home to continue outpatient treatment.

In an article about her diagnosis, WEWS wished Fecteau well through her recovery. “The entire News 5 team is standing behind Olivia in her fight,” the station said.

Hi everyone, I’ve been out of work for about two weeks now and will be out for a while longer, so I wanted to give an…