NEXT:WBZ Editor Dies of Heart Attack at 44
PREVIOUS:Erie News Director to Step Back From News After 41 Years 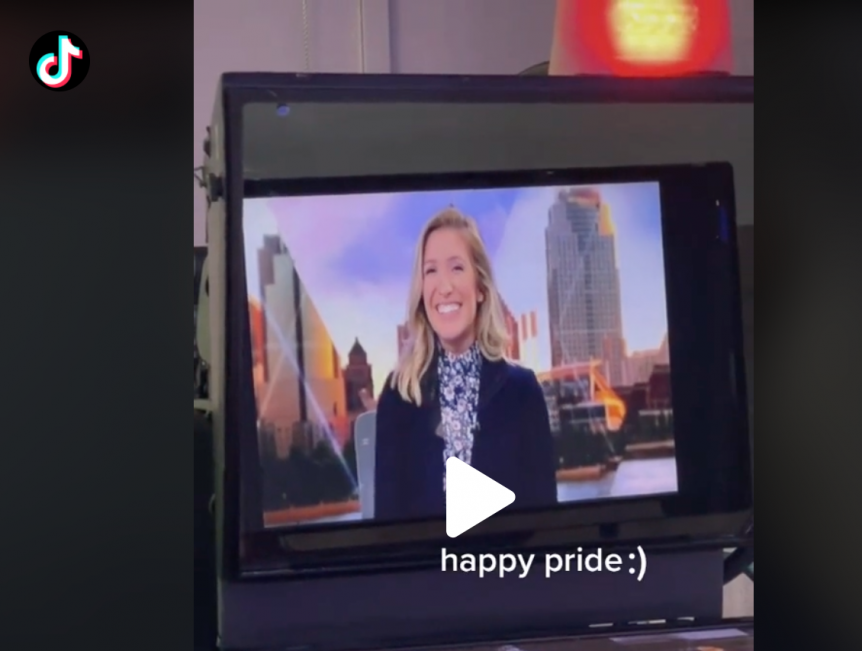 WLWT anchor Megan Mitchell has found a path to stardom without using the tried-and-true broadcasting model. Instead, Mitchell is getting noticed on the social media platform TikTok.

After a little more than a year, Mitchell, who can be found under the name @megan.mitchellll on the app, has 1.6 million followers on the social media platform. It only took her five months to reach a million followers, she told the Cincinnati Enquirer in an interview.

Mitchell, who has been the station’s weekend morning anchor for five years, first got started on the platform after a trip home, when her brother told her if she would probably get followers if she posted something as a news anchor. It turned out he was right.

Her first video was about her hair. “I was like, ‘Oh, it’s kind of unique that I have an undercut,’ which is basically half of my head is shaved,” Mitchell told The Enquirer. “So I showed the undercut, showed some quirks that I wear on air that are maybe non-normative. And the video went viral.”

Mitchell acknowledges she has “certain privileges” that have allowed her to gain followers so quickly.

“I know that I’m consumable. I am a white, blonde, kind of happy Golden Retriever-looking girl, so a lot of people can consume that pretty easily,” she said. “And I think the other main thing is that I also represent a good portion of queer women in the LGBTQ community, and so that gave them some type of representation that they hadn’t seen maybe in the middle of America that they had been seeing on coasts for years now.”

Her goal with her videos, she says, is to show kids watching that “you can be yourself, you can struggle and overcome it, and hopefully you’ll get to live the life that you’ll want to live.”