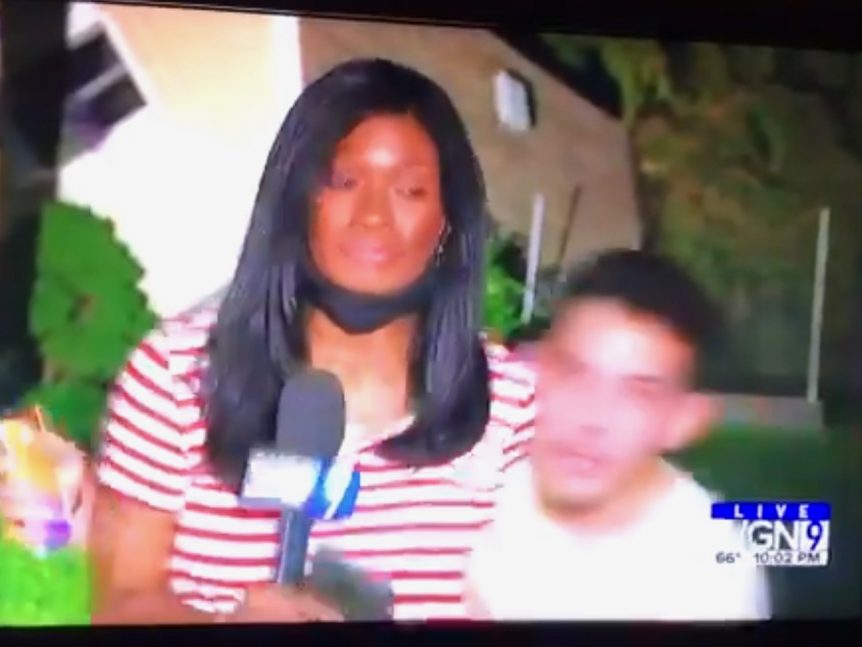 WGN reporter Gaynor Hall was one-man-banding a live hit during the Chicago station’s 10 p.m. show Saturday night when a man jumped into the shot.

He grabbed Hall and started yelling obscenities during her shot.

That man was later identified as 20-year-old Eric Farina and he’s since been charged with battery and disorderly conduct.

@gaynor_hall what the hell just happened? I hope someone tackled that kid! pic.twitter.com/6iq3qv6u4p