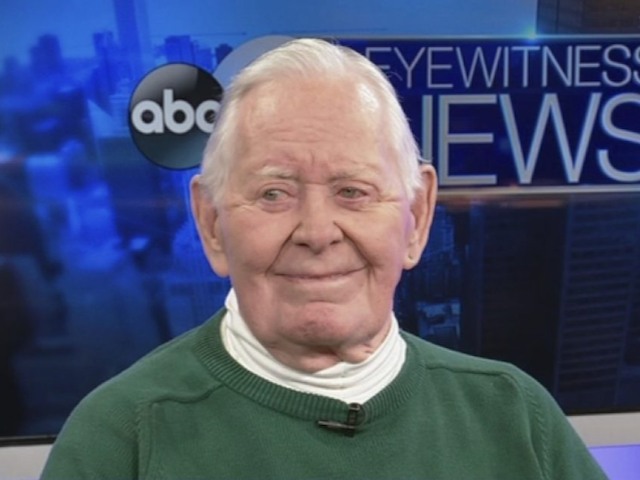 Longtime Chicago newsman Joel Daly, who influenced a generation of news anchors over the course of his nearly 40 years at WLS, died Thursday morning. He was 86 years old.

“He died peacefully,” his daughter Kelly told the Chicago Tribune. “This is the way I believe he wanted his life to end, and he was able to see his beloved dog.”

Daly, born in Montana on Aug. 21, 1934, is a journalism legend. After graduating from Yale in 1956 and beginning a radio and television career in Cleveland, he arrived in the Windy City in 1967, where he found his place at the ABC station alongside co-anchor Fahey Flynn, Bill Frink and weather anchor John Coleman.

Daly and Flynn became a pioneering duo, and their on-air conversation and banter, known as “happy talk,” is now commonplace on broadcast television around the country.

“I guess the breakthrough innovation was we broke down the walls between the news, weather and the sports that I think were traditionally separated by commercials, and then the personalities doing those segments were able to communicate one with the other,” Daly once said in an interview. “So it wasn’t until it developed here in Chicago and infected the country that it became a family kind of thing.”

Daly reported on some of the biggest news events of the decades, covering the civil rights movement and the assassination of civil rights icon Martin Luther King Jr., as well as the trial of Dr. Sam Sheppard. Later in his career at WLS, he anchored alongside Oprah Winfrey and, later, Linda Yu.

“During his nearly 40 years with ABC’s WLS Channel 7, he not only led the station to the top of the ratings, he helped influence a generation to watch TV personalities,” the station said in a statement.

Daly retired from the news business in 2005 and became the information officer for the Federal District Court for the Northern District of Illinois. Last year, he was diagnosed with vascular Parkinsonism, a condition that led to mini-strokes. He was in hospice care in his daughter’s home.

He is survived by his daughter, his sister and two granddaughters.