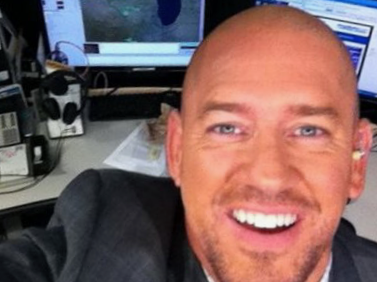 The Chicago morning meteorologist posted the same message on every major social platform on Nov. 22: “I am taking the rest of the year off of social media. See you in 2021.”

I am taking the rest of the year off of social media. See you in 2021

There wasn’t an explanation on his Twitter post, but on Instagram, he said social media is often a distraction. “I have been growing in my conviction that social media is taking me away from things that are really important to me,”  he wrote. “It distracts me and doesn’t help me be my best. So, I am going to take the rest of the year off.”

TVSpy reached out to Konrad to elaborate on his decision. He said he and his 16-year-old daughter are both taking a social media hiatus until the new year.

“I have teenage kids and they wrestle with spending too much time on it,” Konrad told TVSpy. “I see the power it has over them and how much time it takes away from me being present with them. I felt like it was a waste of precious time. So, I asked my 16-year-old daughter if she wanted to give it up for the rest of the year along with me and she said yes. I can’t ask them to do something that I am not willing to do. So, we are doing it together. I could not be more excited and thankful.”

Konrad says management at the station hasn’t weighed in on his decision.