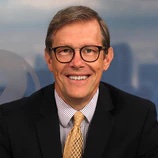 Becker has been off the air for a month. He went on vacation after his last story aired on Dec. 17 and his contract expired at the end of the year.

“I enjoyed what I did,” Becker told the Charlotte Observer. “I’m not leaving because I don’t like it.”

But he did admit to the Observer that he’s conflicted about the addition of social media to the news mix and the direction local news is taking.

“As we get older, we slow down. I don’t run as fast as I used to. I probably don’t think as fast as I used to. But our business—particularly with the Internet, and the Twittersphere—is speeding up,” he said. “So there’s a real conflict there. And I’m not sure that the speeding up is all good. I think sometimes we’re putting too much premium on now and getting stuff out fast—and not stopping and thinking about it.”

Before joining WSOC in 1984, Becker worked at KJRH in Tulsa, Okla., and KFRU-AM in Columbia, Mo.