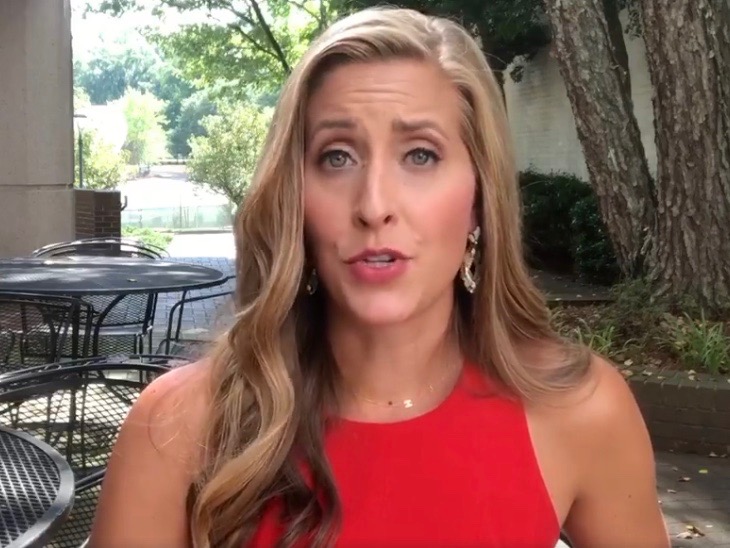 WSOC anchor Allison Latos has had a rough few months, but she is staying strong and motivating others.

On Jan. 29, viewer Karen Goodman left Latos a voicemail. “I believe I noticed a lump to the right of center in your throat,” Goodman said. “I just wanted to let you know that as you swallowed, I thought I saw a lump there, and you might want to take a look or get it looked at.

At the time, Latos was four months pregnant. After getting blood work back, her doctor said she had nothing to worry about—but what Latos didn’t know was that even if the test comes back normal, it doesn’t mean that she couldn’t potentially have cancer.

Latos didn’t think much of it again until May, when she faced tragedy: her newborn daughter, Hannah, died soon after she was born in an emergency C-section. That’s when Latos worried more. She got a biopsy, when it was confirmed that she had papillary carcinoma of the thyroid.

“Women who are pregnant, as was your case, often the thyroid nodule or thyroid cancer may get bigger during pregnancy,” said Dr. Kristen Wagner, Latos’ surgeon.

Over the summer, Latos underwent surgery to remove the cancer and has continued treatment. She has since returned to the air.

“Every single day, I’m so thankful for the way my daughter, Hannah, likely helped make this lump more visible—and that viewer, Karen Goodman, had the courage to call me,” Latos said.

Working from home while I fight cancer! 💪 I got my dose of radioactive iodine yesterday so I’m hiding away in my house for a few days until it’s safe to be around people. See you back on @wsoctv next week! #thyroidcancer #thyca #fightingcancer #multitasking #workfromhome #beatingcancer