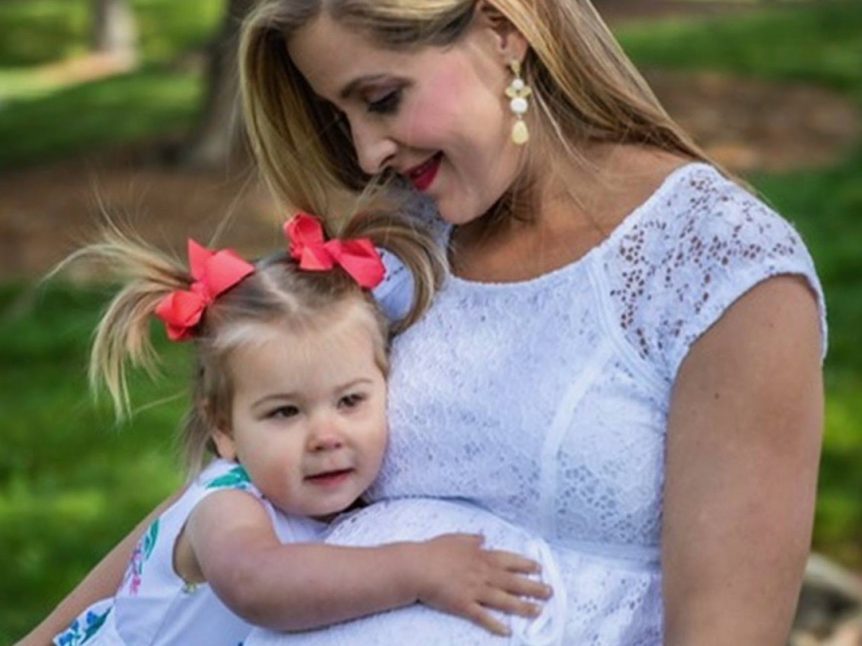 This week, WSOC anchor Allison Latos anchored for the first time since May.

Her time off the air wasn’t because of the ongoing Covid-19 pandemic—but because she was mourning the death of her second child, who died less than two hours after she was born.

Latos, who was working from home in March, was 27 weeks pregnant when employees at the Charlotte, N.C., station were sent home.

While working from home, Latos started experiencing itching all over her body, prompting her to visit her doctor and get an ultrasound. The results of the ultrasound, which had been normal at her previous appointment, were not good, she told the Charlotte Observer in an interview.

According to the paper:

A doctor came in and told them there were multiple concerns: For one, Allison had way more amniotic fluid than she should have (a condition called polyhydramnios, which while unrelated to the cholestasis can also put both mother and child at risk for complications); on top of that, her baby’s head was measuring abnormally large — and its heart was enlarged. “At that point, I think I was just in a state of absolute shock,” Latos said.

Doctors told her the baby wouldn’t live for more than a few hours outside the womb. Latos found out the sex of her child and then carried her daughter for 13 more days before an emergency C-section. Hannah Joy, Latos’ second child, lived for less than two hours.

“Even if we only had her for 90 minutes, those were the most precious minutes,” Latos told the Observer. “So even though we may be emotional and we might cry, we want to share her story.”

Latos returned to WSOC this week and told the paper she’s happy to be back at work. Before returning to the anchor desk, she put out an emotional video message to her viewers thanking them for her support.

It’s been a while since I’ve posted so I wanted to share this message on my first day back at WSOC-TV. ❤️