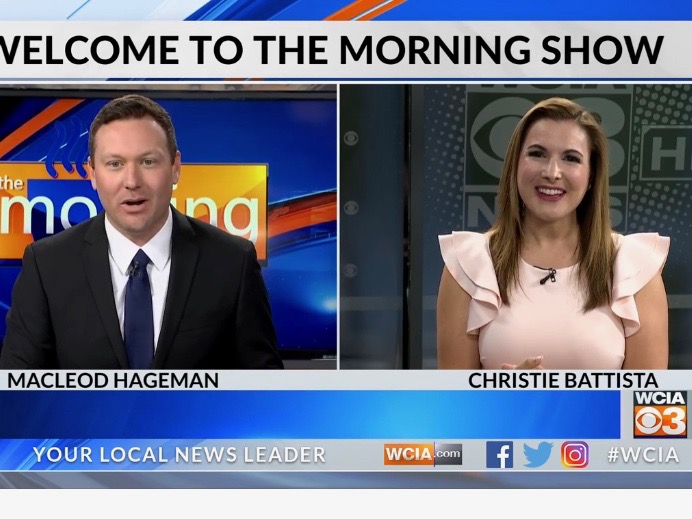 We love telling you about new hires in a time when many broadcast companies have made cuts and implemented furloughs.

WCIA, the Nexstar station in Champaign, Ill., has hired a new morning anchor from Iowa.

MacLeod Hageman joined the team this week and while he’s doing the news six feet apart, at least he’s not home.

His co-anchor Christine Battista introduced Hageman to the audience on Wednesday and told him, “I wish I could give you a hug. I’m so excited you’re here.”

Prior to Iowa, Hageman spent time in Billings, Mont., as a reporter/anchor.