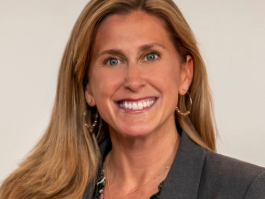 Jessi Miller Bradley started her career as a news producer at WBZ, the CBS station in Boston. Now, she’s the station’s news director.

Miller Bradley, who has been with the station overseeing CBSN Boston as the digital channel’s executive producer since 2018, took over as news director on Wednesday.

“A 23-year veteran of WBZ-TV, Jessi is an experienced journalist and authentic leader with an outstanding track record of producing news coverage and iconic live events,” said president and general manager Mark Lund. “Jessi spearheaded the effort in launching Boston’s only 24/7 streaming news service CBSN Boston, and is well-suited to lead our news organization.”

Miller Bradley has spent more than two decades at WBZ. Before rising to executive producer of CBSN, she was a special projects producer for nine years. She has produced some of the station’s biggest events programming in and around Boston throughout the years, including coverage of the Boston Marathon, the Faneuil Hall Tree Lighting and the Super Bowl.

“I am honored to lead the most talented team of local television journalists in the Boston market, Miller Bradley said. “I look forward to working alongside my colleagues both on and off the air to produce the best local news coverage that honors WBZ’s legacy of serving the public.”