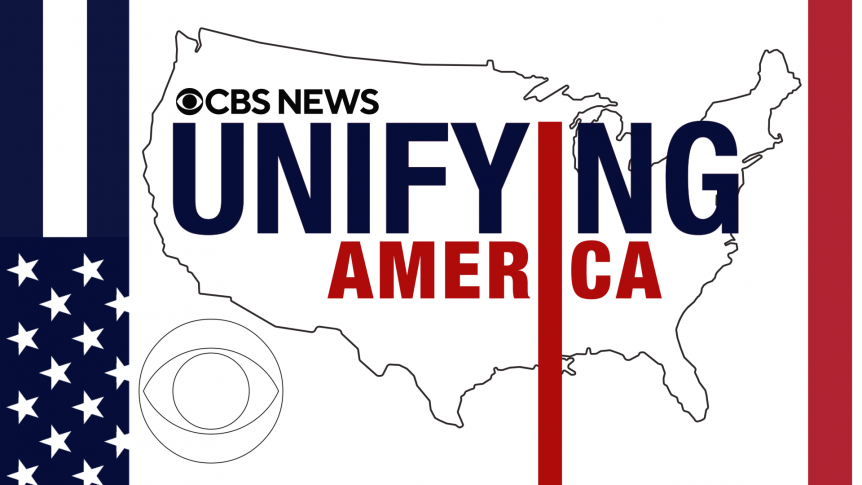 CBS will expand the reach of its “Unifying America” series to include its owned local stations.

Tomorrow, the network plans to dedicate programming on all of its platforms to telling stories about Americans finding common ground with one another. Its 13 local stations will tell stories showing “the resilience and willingness of communities coming together during these divisive times.”

“We are drawing on the strength of the entire CBS family to share stories about people trying to build bridges around issues that affect every American household,” said Kimberly Godwin, CBS News’ evp of news. “We will look at what’s working and what’s not and explore how people are listening to and learning from each other. These stories are about progress, and we want to showcase humanity and heart.”

“Unifying America” stories will air on both local newscasts and local digital properties as well as nationally with the CBS Evening News with Norah O’Donnell, CBS This Morning, CBSN, CBSNews.com, CBS News Radio and CBS Newspath.

Here’s a breakdown of what each station is planning for tomorrow:

WCBS in New York: A community policing group in Newark, N.J. has shown some success handling conflicts without police force. Jessica Layton will report on how it’s akin to the redistribution of funding for police. Aundrea Cline-Thomas profiles an organization established in 1982 to help underserved Bronx residents with food. Now with the pandemic, it has morphed into an organization to help community members get back on their feet.

WBBM in Chicago: At a time when the country seems to be debating bitterly, Lauren Victory highlights a high school debate tournament raising money to support an organization that helps raise voices seeking to launch and support debate clubs in Black and Brown neighborhoods. It’s a lesson bridging many divides with constructive and collaborative speech.

KYW in Philadelphia: KYW’s Alecia Reid reports on a new podcast, “Time for Dinner,” focused on having necessary conversations about race, culture, equity and education. The idea for the podcast sprung from the minds of two educators at a local school district: a white man and a Black woman who aimed for a format similar to a dinner party where guests and listeners can let their guard down and reinforce that people may have more in common than they realize.

KTVT in Dallas: KTVT’s Robbie Owens reports on the Dallas Dinner Table, gatherings of people of all races–in private homes, church fellowship halls, community centers and restaurants–having carefully facilitated conversations about race over the dinner table. Since the pandemic, the groups have started meeting virtually. The goal of the gatherings is not to vent or blame, but to provide a safe space for those who want to better understand the complexities of race, and the personal impact of racism.

KPIX in San Francisco: The station’s 5 p.m. PT newscast will cover the story of how the Bay Area faith community is helping to unify in a time of division. KPIX’s Devin Fehely reports on how a local church is making a lifesaving difference.

WBZ in Boston: The station’s 5 p.m. ET newscast will feature a local woman who launched the Little Free Diverse Library Project and how the idea is spreading across the country. Inspired by poet Amanda Gorman, children are expressing their versions of unity through poetry. WBZ’s Lisa Hughes speaks to the school superintendent and students about the district-wide poetry contest.

WCCO in Minneapolis: WCCO’s Susan-Elizabeth Littlefield will have the story of teacher, author and designer Keiona Cook helping young people understand the boiling point of 2020 and finding commonalities despite cultural differences. Cook uses sewing and yoga to bring groups of kids together. Cook is committed to bringing communities together in hopes of facing division head-on and says her mission is to shift the mindsets of youth through unity and community bridge building, one stitch at a time. The story will air at 6:00 PM CT.

WFOR in Miami: Social media can be a frightening place for girls, with bullying and body shaming a common problem. The station will follow the story of a woman who hosts a weekly class to empower and inspire girls ages 9 to 15. When the pandemic hit, the class moved to Zoom and evolved into a worldwide online get-together. The girls are building each other up and learning important lessons on diversity while making new friends in Miami and across the globe.

KCNC in Denver: KCNC’s Andrea Flores will report on local efforts to tackle unconscious bias and systemic racism through conversation and song. A diverse community choir meets once a week to have tough conversations and then they are unified in their voices by performing music for the community.

KOVR in Sacramento: KOVR’s Velena Jones will report on Jay King, a musician who’s traveled the world. He calls Sacramento home and he’s making it his mission to talk sense into all kinds of people. King even has a radio show where he takes controversial stands on uncomfortable topics. And King says that’s the secret to uniting us: having uncomfortable conversations with true honesty and both sides listening.

KDKA in Pittsburgh: The station will offer coverage of a high school girls basketball story where programs from mostly white schools are showing a united front against racism during their games. The station will also feature day-of coverage on Feb. 17 of a local of “Athletes Against Anti-Semitism” event featuring NFL offensive lineman Zach Banner, MLB first baseman Josh Bell, and WNBA champion Alysha Clark.

WJZ in Baltimore: The station will report on a group of local faith leaders who have been meeting for years to discuss issues that divide us and work on tangible ways to bring the community together. In many cases, they bring the community into their conversations to foster understanding and acceptance. The community policing division of Baltimore City Police has been working with community leaders to bring groups together to discuss what divides us and ways to heal and bring understanding.