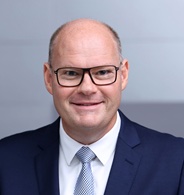 In his new role, which is a new position at CBS News and Stations, Dagan will be responsible for reimagining and aligning the news operations and engineering functions across the station group.

Dagan has been the network director of news content at the Australian ViacomCBS-owned Network 10 since 2018. While at Network 10, he oversaw major editorial and operational changes, positioning the network to optimize workflows and evolving technology around the cloud and artificial intelligence to improve processes.

CBS News and Stations presidents and co-heads Wendy McMahon and Neeraj Khemlani said they were pleased and impressed by Dagan’s record as a change management leader.

“As we continue the process of bringing together our wide portfolio of broadcast, streaming and digital resources, it is vital to have an inspiring organizational leader who is able to embrace the distinctive elements of our local, national and global news operations, break down silos, and manifest a modernized and maximized operations nucleus that will allow CBS News and Stations to become much greater than the sum of their individual parts,” said McMahon.

Dagan is currently serving his second tour of duty with Network 10. Previously, he was the network’s director of news from 2007 to 2012.  He most recently served as executive producer from 2015 to 2018. Between 2006 and 2007, he worked at Al Jazeera English as a senior member of the leadership team in Kuala Lumpur.

Dagan also served two stints with the Seven Network in Australia, including one as director of news based in Brisbane between 2013 and 2015, and director of news for Seven Queensland between 2001 and 2005. He’s also worked as head of news and current affairs, Maori and Pacific Programs for Television New Zealand (TVNZ) between 2012 and 2013.

“He has successfully worked across international borders and different cultures to bring teams together and drive success in Australia, New Zealand, Asia and the Middle East,” said Khemlani. “We look forward to having Ross leverage his experience in business, tech and newsgathering, as he works with the talented teams we already have in place to unify our efforts and strategize opportunities for future growth and innovation.”