NEXT:WNBC Anchor Meant to Say 'Doggy Paddle,' but Something Else Slipped Out
PREVIOUS:Two WCPO Anchors Tapped for Greater Cincinnati Journalism Hall of Fame 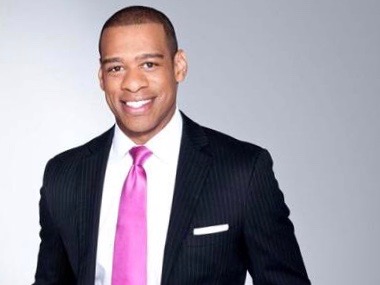 CBS News correspondent DeMarco Morgan has been named co-anchor of KCBS’s morning newscasts from 4:30 to 7 a.m. weekdays as well at the 11 a.m.

Morgan has been a New York based correspondent since 2015. He will relocate to Los Angeles and begin his new role on May 6. He joins Suzanne Marques, meteorologist Danielle Gersh and traffic reporter Jennifer Kim.

“We are thrilled to welcome DeMarco to our CBS Los Angeles family,” general manager Steve Mauldin said. “He is an outstanding broadcast journalist with tremendous breaking news experience who will add his own special brand of integrity and enthusiasm to our morning newscasts. We look forward to having him join Suzanne, Danielle and Jennifer, beginning May 6.”

Since joining the network, Morgan has reported for all CBS News broadcasts and platforms. In August 2017, he field anchored the network’s coverage of Hurricane Harvey live from Houston for The CBS Evening News. In recent months, he has covered stories ranging from wildfires in California, the homecoming of kidnapped Wisconsin teenager Jayme Close and severe weather events across the country.

Morgan joined CBS News from WXIA, the NBC station in Atlanta, where he spent three years as a reporter and co-anchor of the station’s 5, 6 and 11 p.m. weekday newscasts. When he was not on the air, Morgan taught broadcast writing and reporting at Morehouse College and Clark Atlanta University.