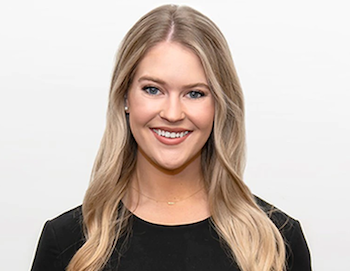 Carlson, who is a native of Chicago, comes from WMC in Memphis where she was a sports reporter and anchor.

“I’M HOME! Can’t wait to join the talented team at @fox32news and cover sports in my hometown,” she wrote on Twitter. “This is a pinch me moment. Dreams really do come true.”

Before joining WMC, Carlson worked as a color analyst for Texas Tech soccer and volleyball broadcasts on Fox Sports. She’s also worked at KJTV in Lubbock, Texas and was a sports and news photographer at WCCU in Urbana-Champaign, Ill.