WHDH, the independent station in Boston, executed a 15 box of its reporters and meteorologists in live locations during coverage of the Nor’easter last week.

The station used the two level video wall in the newsroom to display the images during the storm coverage open.

WHDH and its sister station WSVN in Miami both utilize the same type of sets to execute shots like this. They call it the Newsplex. 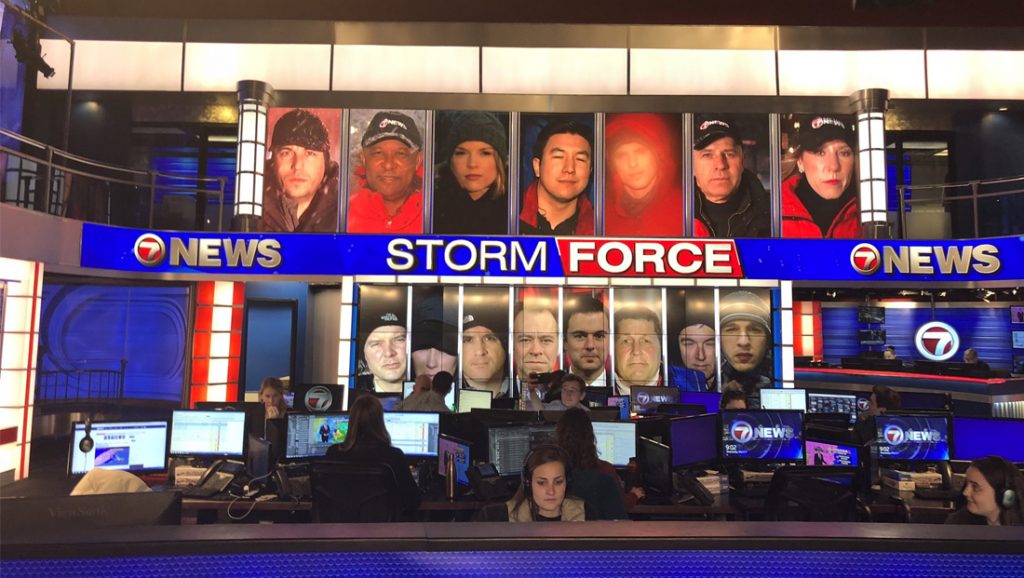