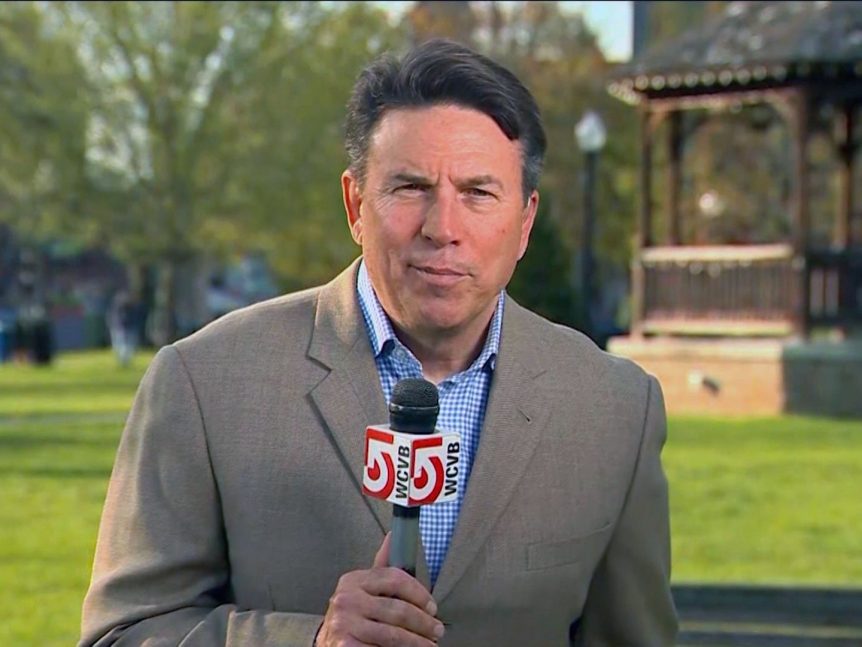 Ted Wayman, a longtime Boston reporter who currently works for WCVB, was stabbed while reporting in Copley Square Sunday night.

Wayman, who returned to local news in March, was taken to a nearby hospital to be treated. He is “going to be fine,” a spokeswoman for WCVB-TV told the Boston Globe.

Boston police have since arrested a 44-year-old man in connection with a stabbing in the area of Dartmouth and Boylston Streets that night. Police, who did not name the victim and therefore did not confirm whether this indeed was the stabbing incident involving Wayman, said the alleged perpetrator stabbed his victim in the forearm with a pair of scissors. According to the police report:

The victim stated when he asked the suspect to leave him alone, the suspect responded by taking out a pair of scissors and in a threatening manner, the suspect held the scissors above his head in a closed grip. The suspect then began stabbing the passenger’s side window of the victim’s van multiple times, causing scratches to the glass window. As the victim attempted to close the door to the van, the suspect stabbed him on the left forearm causing a severe laceration. The victim was eventually able to close the door, preventing additional harm.

Wayman had been at the scene with a news photographer, who was able to help Wayman to the hospital. The photographer was not injured.