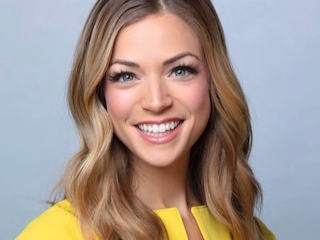 WHDH Boston reporter Alaina Pinto says she was fired for making a cameo in an Adam Sandler movie that premiered this month on Netflix.

“Hi Friends! I have some news to share… Earlier this week I was let go from 7 News,” Pinto wrote on Instagram and Twitter. “I am posting this because I want to be open and honest with all of you. Last year, I participated in a cameo in the recently released Netflix movie by Adam Sandler, ‘Hubie Halloween.’ In doing so, I mistakenly violated my contract with the station and I understand why management unfortunately chose to terminate me. I am deeply disappointed and saddened, and I hoped this would not be how things evolved.”

The reporter appeared as a local news anchor in the comedy horror film, which was filmed in Massachusetts and takes place in Salem, Mass.

Pinto had been with WHDH since 2016, when she jointed as a traffic reporter. Prior to the Boston station, Pinto worked in Vermont.

“Thanks to all my wonderful 7 News viewers and my supportive and great colleagues at the station,” Pinto continued. “Reporting the news to you every morning was an honor and a privilege. I promise to stay in touch and keep you updated on the next chapter – the future is bright!”