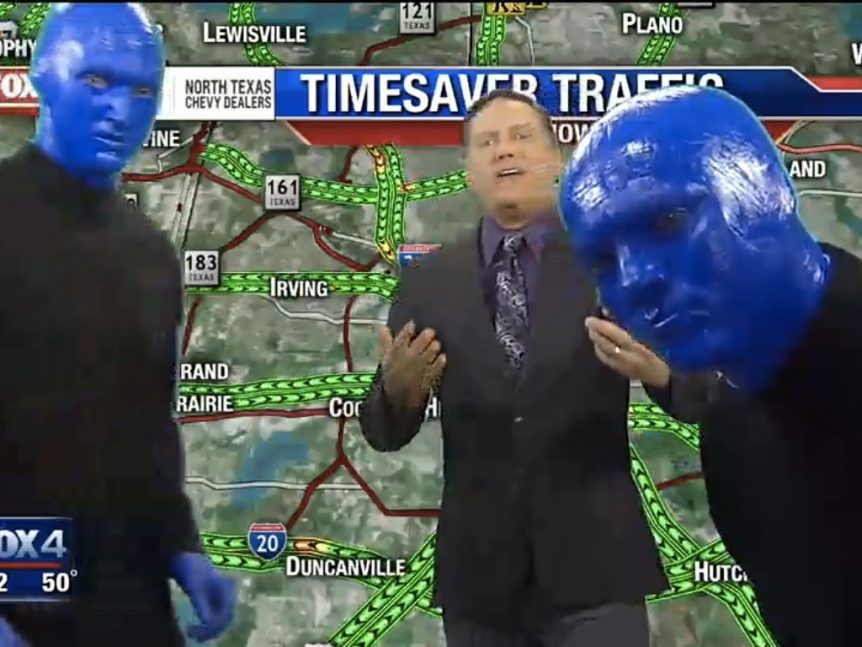 In Dallas, KDFW‘s Chip Waggoners had a special guest during his traffic report.

The Blue Man Group was performing in the area and stopped by the station. The trio doesn’t talk so they just sort of lurked while he was doing his hit. Creepy!

It’s common for actors and comedians to stop by when they’re performing in the area.