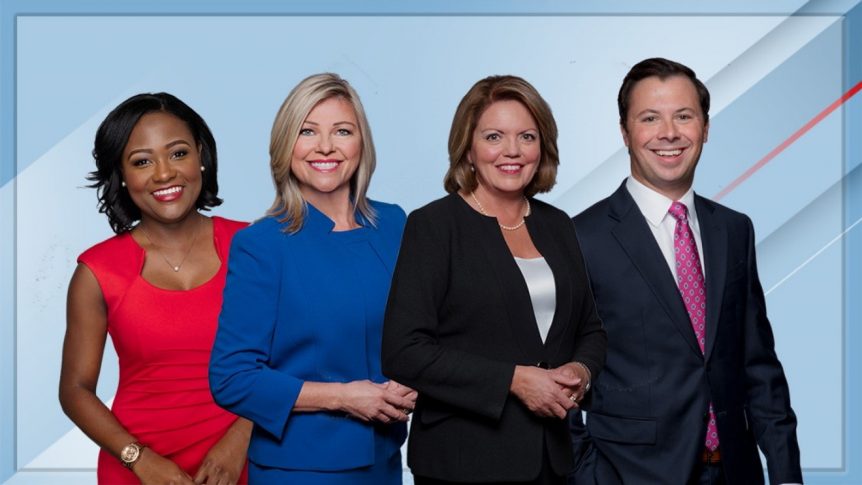 Starting Jan. 10, Muriel Bailey (pictured far left) and Stephen Quinn (far right) will move from weekends to weeknights to join Brenda Ladun at 5, 6 and 10 p.m. and Pam Huff at 5 p.m.

WBMA news director Jeff Houston said the move comes six months after the death of Christopher Sign because the staff needed to take time to grieve as a group.

“We had to take the time to grieve as a group but now is the time to move forward,” said Houston. “Chris was a champion of both Muriel and Stephen and, as we moved through the interview process, we kept coming back to the two of them—they know our viewers and our viewers know them–it’s a natural fit.”

Bailey joined the station in November 2019 as a weekend anchor and weekday reporter. She came to the station from sister station WPMI in Mobile. She’s also worked at stations in Dothan and Huntsville. Bailey started her career as a producer in New Orleans.

Quinn joined WBMA in August 2015 as a reporter for Good Morning Alabama. He also moved to Birmingham from sister television station WPMI, which is where he started his career in television.