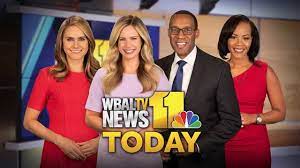 Baltimore’s Hearst owned NBC affiliate WBAL has made a couple of changes to its morning news lineup.

Starting May 30, Lacee Griffith (second from left) will join Jason Newton and meteorologist Ava Marie as co-anchor of the morning newscast. The station also announced that Theo Hayes (far right) has been named traffic reporter.

“We are excited for Lacee Griffith as she transitions into the role of anchor. Lacee is no stranger to our news desk, having started as the weekend morning anchor at WBAL-TV more than six years ago,” said Dan Joerres, president and general manager of WBAL. “In addition, it is gratifying to see Theo Hayes take over the traffic reporting duties. Like Lacee, Theo started at the weekend morning anchor desk and is well prepared to transition to this crucial role in our newsroom,” 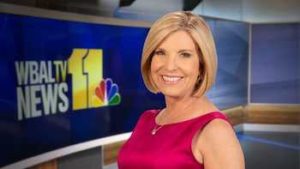 Griffith replaces Mindy Basara, who will transition to specialty reporter at the end of May. She announced the move on May 9 after anchoring the morning newscast for 18 years.

“Her dedication is unparalleled—and we are thrilled that she will continue to be an important contributor to WBAL-TV 11 News during this next chapter of her career,” said Joerres.

Basara started working at WBAL more than 27 years ago. The station said she has been very open about her battle with Lupus—and the toll the disease has taken on her health.

“I’ve loved every minute of the time I’ve spent with our wonderful morning viewers, but the time has come for me to put my health first and move to a schedule that is less physically taxing. In my new dayside role, I’ll be able to consistently bring 11 News viewers unique, informative stories from throughout our viewing area,” said Basara.