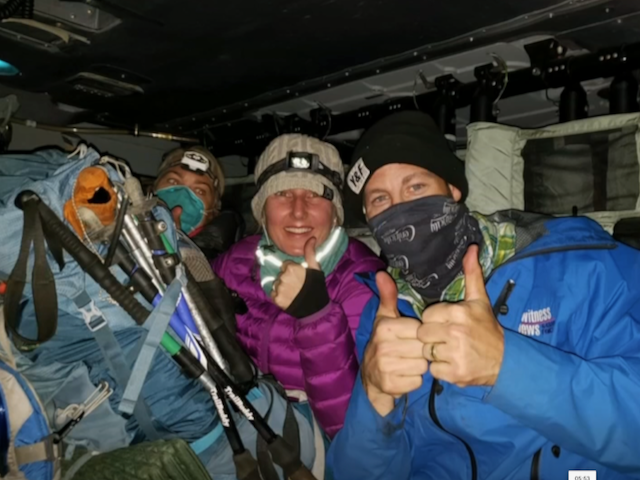 KBAK meteorologist Aaron Perlman is safe after he and his wife were rescued from the Creek Fire that continues to rage in northern California.

Perlman, who is the morning meteorologist for the Bakersfield-based station, was on an annual hiking and backpacking trip across the Sierra Mountains with his wife when the fire broke out.

In a Facebook video for the station, Perlman talked about when the couple first saw a smoke cloud from the top of the mountain.

“From about 40 miles away, it looked like an atomic bomb went off,” Perlman said. “At first, we were thinking why would someone bomb us from here. It was a perfectly clear day.”

When Perlman realized it was a wildfire, he says he started heading toward it and not away from it. They had only two days’ worth of food, he recalled, and it would take the couple three days to get to more supplies.

“We started booking it,” he said.

About 20 miles away from the fire, he, his wife and about 20 other hikers were airlifted to safety by a Blackhawk helicopter near the Vermilion Valley Resort.

The Creek Fire has burned more than 78,000 acres so far and caused the evacuation of thousands. California Gov. Gavin Newsom has declared a state of emergency due to the wildfire.