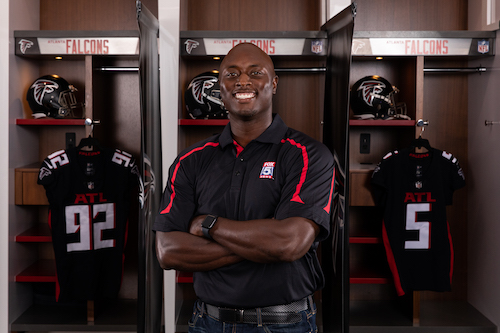 D.J. Shockley, a former Atlanta Falcons player who has since moved on to the broadcast side, has joined Atlanta Fox-owned station WAGA as a sports anchor.

Beginning on July 26, Shockley will anchor all sports coverage for the station’s weekday afternoon and late newscasts, as well as special sports programming.

“D.J. is well-known to millions of sports fans across Georgia and the Southeast, both for his accomplishments on the football field with the Georgia Bulldogs and the Atlanta Falcons, as well as his career as a broadcaster,” said vice president and news director Scott Stucky. “We’re thrilled to welcome him as a member of the FOX 5 team.”

Shockley played at the University of Georgia as quarterback for the Georgia Bulldogs before getting drafted by the Atlanta Falcons in 2006 and playing in the league for nearly five years.

Since leaving the NFL, Shockley headed to the sports broadcast side as an analyst for places like the SEC Network, Raycom and the Big Ten Network.