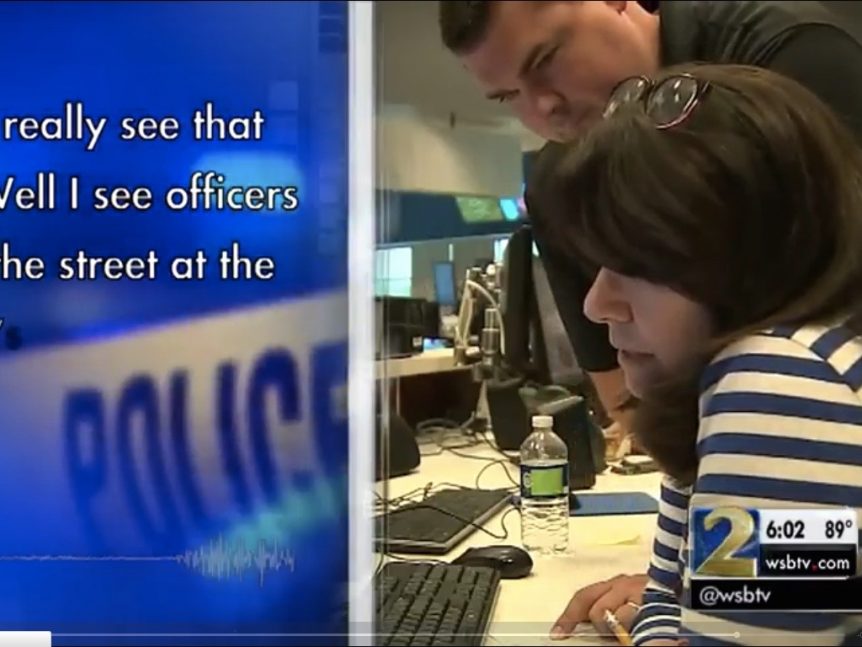 An Atlanta assignment editor is being hailed a hero.

On Friday, Stephanie Steiger was working the desk at WSB-TV while monitoring a hostage situation at a Wells Fargo in nearby Cobb County.

And in an unexpected twist, the suspect called the ABC-affiliate while inside the bank. Steiger picked up.

The man identified himself as Brian Easley and told Steiger that he was a retired veteran who couldn’t get his life in order.

Here is an excerpt from the station’s story, detailing their phone exchange while he held two people hostage in the background:

At one point he put the hostages on the phone so we could verify they were okay.

“He’s being very respectful,” one of the hostages told us.

He told us he was staying away from windows because he wasn’t sure what was waiting for him outside.

As our assignment editor spoke to him on the phone, we were sharing that information with police.

“I got the feeling he just wanted somebody to talk to, to try to help out, and we were,” Steiger said.

Police eventually removed the hostages from the bank. The suspect was shot and killed.

The Georgia Bureau of Investigation is now investigating the incident as an officer-involving shooting.