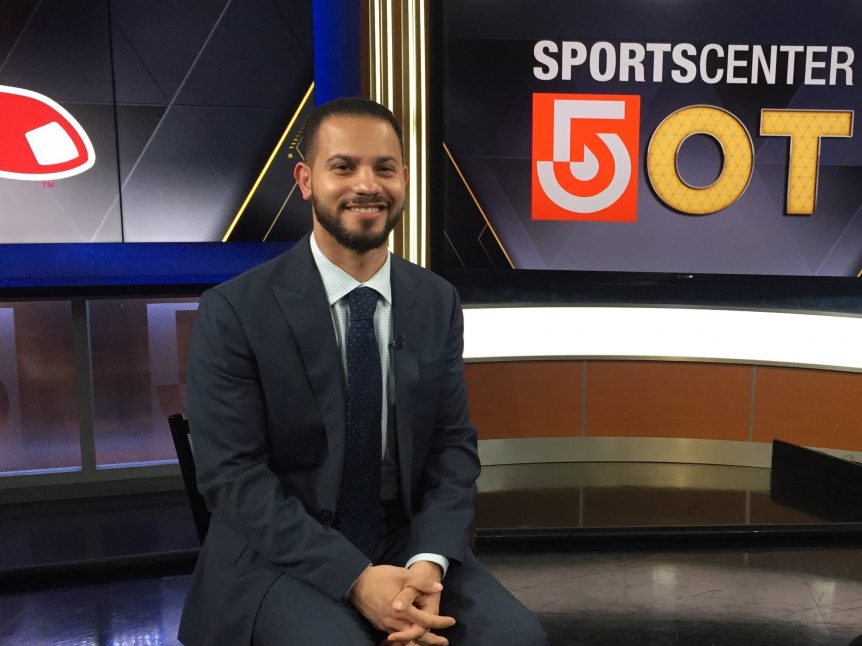 Sports might still be on pause—and many network sports anchors are taking paycuts—but WCVB, the ABC station in Boston, is still making sports hires.

“We’ve come to know Chris very well over the past several years from his many appearances on WCVB as a special guest contributor on SportsCenter 5,” said president and general manager Bill Fine. “He’s weighed in with his keen insight and knowledge surrounding major sporting events like the Super Bowl and World Series, and on big breaking stories involving high-profile players and team management. Chris comes with incredible connections in the Boston sports scene, and we’re very happy to have him join our outstanding sports department.”

While Gasper has never been a television reporter, he’s made many appearances on the station. He’s been at the Globe since 2009. During his career he has chronicled all four of Boston’s sports teams win championships.

“Chris is a very well-known and well-respected sports reporter and columnist. He is an extremely talented journalist, and we are looking forward to welcoming him to WCVB’s SportsCenter 5 team,” said WCVB news director Paige Harrison.

An award-winning sports journalist, Gasper was named the Favorite Sportswriter in the New England Sports Fan Survey three times (2016, 2018 and 2019), conducted by Channel Media and Market Research. He was named an Associated Press Sports Editors’ Top 10 columnist in 2014.