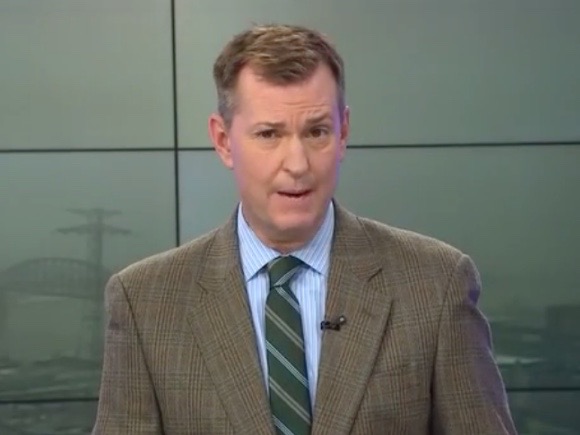 A second broadcaster this month has used a racial slur when saying Dr. Martin Luther King Jr.’s name on the air.

Steincross blew through the read, but came back on the air around 9 a.m. with an apology for St. Louis viewers.

“We have heard from a viewer about a mistake I made in our 5 a.m. newscast. In our story about the tribute to Dr. King, I unfortunately mispronounced his name. Please know I have total respect for Dr. King, what he meant and what he continues to mean to our country. This was not intentional in any way, and I sincerely apologize,” he said.

A Tribune broadcasting spokesperson issued a statement and said it was an unfortunate mistake and that no further action would be taken.

“The Fox2 management team spoke to Kevin following the mistake and we believe that it was truly inadvertent and does not reflect Kevin’s core beliefs,” a Tribune spokesperson said a written statement. “Kevin is extremely upset by the mistake and regrets it deeply.”

If you recall, Kappell was fired for what he said on-air. He has since apologized and called it a “verbal slip,” later claiming that “spoonerism” was to blame.