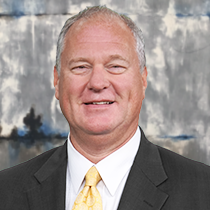 Andrew Alford has been promoted to president of broadcasting for Nexstar Media Inc.

Starting June 1, Alford will oversee Nexstar’s 198 owned and operated television stations across the country along with their related digital properties. He replaces Tim Busch, who is retiring on May 31 after more than 20 years with Nexstar.

“I am extremely grateful to Nexstar for giving me the opportunity to lead the nation’s largest broadcast station group,” said Alford. “I’m fortunate to be working with a skillful and experienced management team dedicated to growing ratings, revenue and profitability, while providing outstanding journalism and serving the local communities in which we operate. I look forward to working with the incredible group of broadcast professionals that comprise the Nexstar Nation and I’m confident we will build on the solid foundation we have established to achieve even greater success.”

Alford was the svp and and regional manager for Nexstar’s broadcasting division, overseeing the company’s television stations and digital properties in Chicago, Tampa, Indianapolis, St. Louis, and stations in the Southeast.

He came to Nexstar from Media General after the station group was acquired in January 2017 and will report to Tom Carter, Nexstar president, COO and CFO.