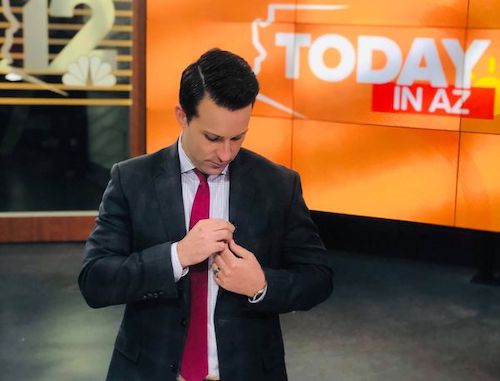 Morning anchor Ryan Cody‘s social media post announcing his departure from Phoenix, Az. NBC affiliate KPNX made it sound like the move was good for his mental health.

In a Facebook post, Cody equated his decision to a messy breakup and inferred that his job as an anchor was toxic. His only regret, he added, is not being able to say goodbye on-air.

“I’ve written and deleted these words many times over the last few days, and still nothing feels adequate,” said Cody. “The bottom line is I made this decision myself. I took control of my future and ended the professional toxicity which was bleeding into every aspect of my life. The details are messy and breakups are hard, but I am GRATEFUL! It’s been the privilege of a lifetime to tell your stories!”

Cody went on to say he can now heal mentally and do what is best for himself “without worrying what a select few people think about it,” he said. “It’s time to take back control!”

In an interview with HMA public relations in 2020, Cody said he took a similar “leap of faith” in 2016 by quitting his job at WHNT in Huntsville, Ala. to follow his then-girlfriend (now his wife) to Arizona, where he worked as a baker before being hired at KPNX.