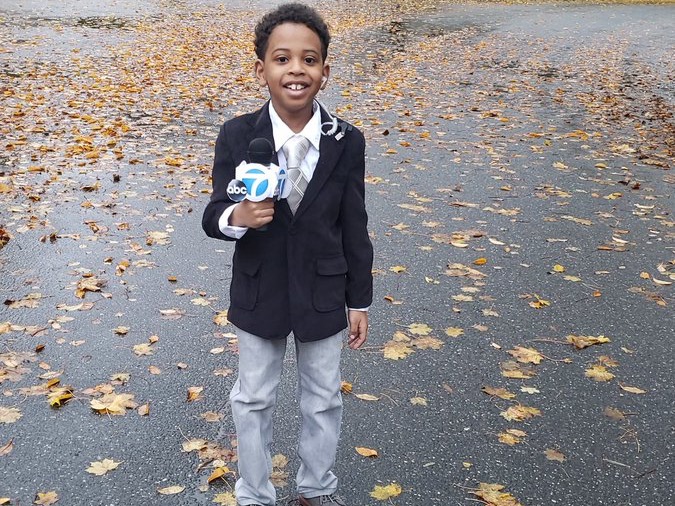 In New York City, an 8-year-old’s Halloween costume got him some attention on WABC.

Peyton Gilbert dressed up as an Eyewitness News reporter this year.

His father tweeted a picture to the newsroom.

“My Son Loves watching you guys in the morning!!!!! He wants to be a ABC 7 reporter,” he tweeted.

His son was wearing a suit and holding the signature microphone with the Circle 7 mic flag.

So when meteorologist Lee Goldberg was doing a weather hit on the Halloween forecast, the station took a live hit from Long Island where Gilbert was standing by to give the forecast.

Gilbert also predicted there would be plenty of M&M’s and Reese’s Pieces while Trick-or-Treating.

You can watch it all below.

Happy Holloween…My Son Loves watching you guys in the morning!!!!! He wants to be a ABC 7 reporter…❤❤❤🙂🙂🙂 pic.twitter.com/EHzdNhFHaC