NEXT:Scripps Buys ION Media for $2.65 Billion
PREVIOUS:Salisbury Anchor Brings Allure Magazine Along for a Day in Her Life 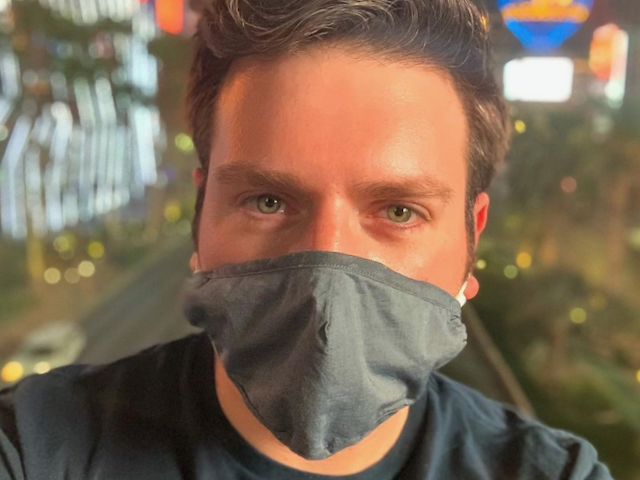 From Portland, Maine, to Sin City.

Reporter David Charns has announced he’ll be heading to KLAS in Las Vegas as an investigative reporter.

“I’m incredibly excited for this opportunity to combine my love of journalism and storytelling,” he said in a Facebook post.

He’s leaving WMTW, which is Channel 8, for Channel 8 in Vegas.

“I took this selfie from above the Strip a few weeks ago—mask and all. It proves to me that even in these tough and chaotic times, I am embarking on something great. When I left Maine in January, I did not expect what 2020 had in store—none of us did—but moving forward, I am excited for what the new frontier brings,” he wrote.

Charns posted a selfie of himself wearing a mask on the Strip. He’s been unemployed since he left WMTV in January—and since the pandemic has been sharing daily coronavirus updates as part of a social media project. Charns says working as an investigative reporter in a Top 60 market is a dream come true.