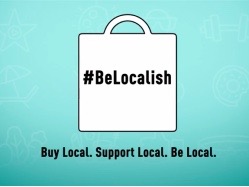 ABC-owned stations are launching a campaign, #BeLocalish, to help bring awareness to local businesses suffering from the Covid-19 crisis.

#BeLocalish is a multiplatform campaign aimed to reach and engage the community though various PSAs and a “community-driven social media activation movement.”

“We are facing unprecedented times and now more than ever, our role as a news organization is expanding beyond delivering critical information to also serve as a resource to the communities in which we live and work,” said Jennifer Mitchell, svp of content development for ABC Owned Television Stations. “Building off of Localish’s focus to bring out the good in cities across America, the #BeLocalish campaign is a way for the entire station group to make a positive impact and rally support around struggling businesses at the heart of their communities.”

ABC stations will feature #BeLocalish content on their websites and also in daily segments during nightly broadcasts to highlight local businesses.