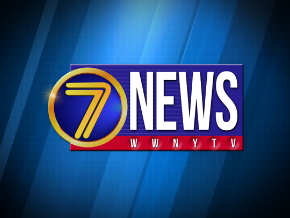 In Watertown, N.Y., WWNY news director Scott Atkinson is going to retire and longtime anchor Jeffrey Nelson will assume his role. It’s not a stretch—Nelson has been the station’s assistant news director.

“Jeff brings a depth of experience and a lot of new ideas to continue and extend the 7 News tradition of being the North Country’s leading television news station,” said vice president and general manager Eric Krebs.

Atkinson will stay at the station until the end of the year to assist in the leadership transition and coverage of the 2020 elections.

Reporter Garret Domblewski will fill the 11 p.m. anchor spot. He will also anchor the station’s 10 p.m. newscast on the Fox station, WNYF. That will begin June 8.

Nelson started in the news director role this week.