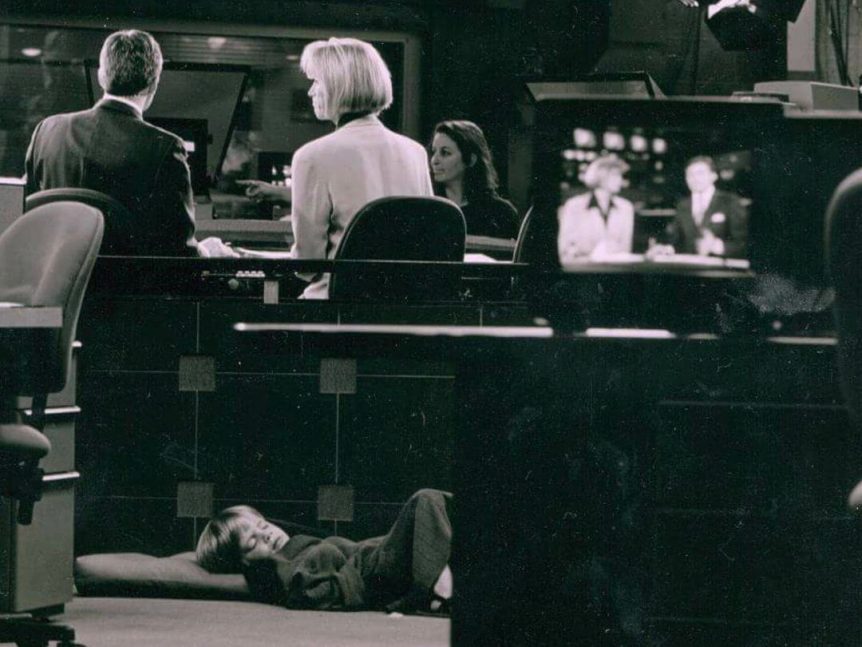 A picture of a little boy sleeping behind a news desk is exploding up on Reddit.

A user posted the picture and titled it “This is me sleeping behind the while my mom (anchorwoman) works. 1995, maybe?”

The thread reveals this was taken at KPHO, the CBS affiliate in Phoenix, Arizona during a live show. It’s unclear who the anchor is but it’s getting traction. The photo has received over 2800 comments.

TVSpy is working on getting more information about the photo. Will update when we have more.