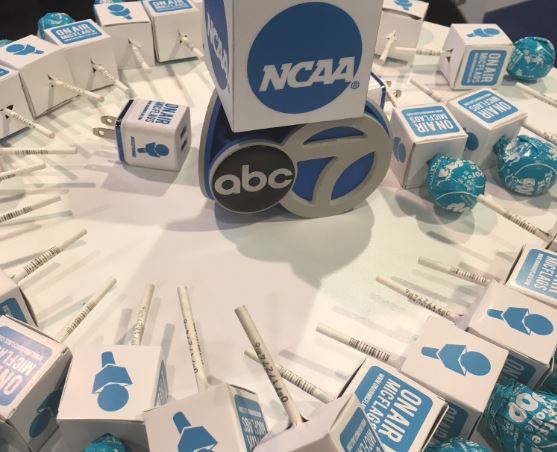 We’re back from the 2018 NAB Show where 93,000 people from worlds of broadcast, entertainment, media, and film converged on Las Vegas to see the latest and greatest in technology and creativity.

Here are a few highlights we spotted:

The new ATSC 3.0 broadcast standard teamed up with the Las Vegas autonomous shuttle. The 11-seat driverless bus launched last fall in downtown Las Vegas. But for the show, the shuttle made a loop outside the Las Vegas Convention Center while a 3.0 broadcast signal was transmitted on a monitor inside the bus. One of the benefits of 3.0, which is years away from being fully deployed, is the capability of live TV in moving vehicles. The signal for this test at the show comes from an experimental Sinclair Broadcast Group Next Gen TV transmitter facility more than 10 miles away. We took a spin:

Took a ride in the first autonomous vehicle equipped with ATSC 3.0 transmission. It was as exciting as that sounds. We slowed down when it detected this guy who nearly walked in front of it. pic.twitter.com/9N1B8yfwGf

At the entrance of the convention center is the Bolt High Speed Cinebot, a robotic arm with a high-speed camera attached. Meant for commercial production as well as for film and TV, here at the show, passersby dance for a few seconds for the camera, then see the results. WATCH:

Quality Name Plate’s proximity to Bristol, Conn. created a whole new business for the printing company. A new sports network called ESPN needed to brand its microphones, and so On Air Mic Flags came to be. More than three decades later, On Air Mic Flags is turning out brand identities for local and national news and sports outlets. At their NAB booth, they gave out Tootsie pops with “mic” flags of their own. 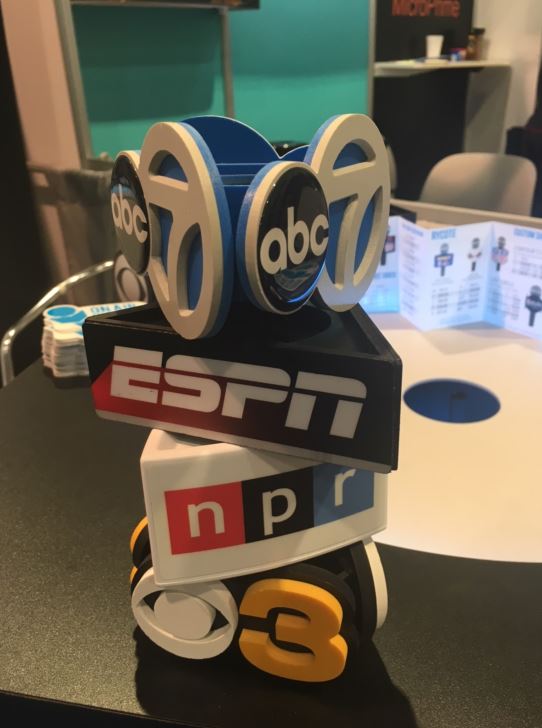 TVSetDesigns.com builds modular sets for TV stations with walls that connect using industrial-strength Velcro. The company doesn’t build just TV news sets, however. It builds sets for trade shows, and, being based in Charlotte, works with many banking giants for their presentation needs. Their most unique request was from a kid who wanted a video gaming set-up. After his grandmother wrote a check, TVSetDesigns.com obliged. 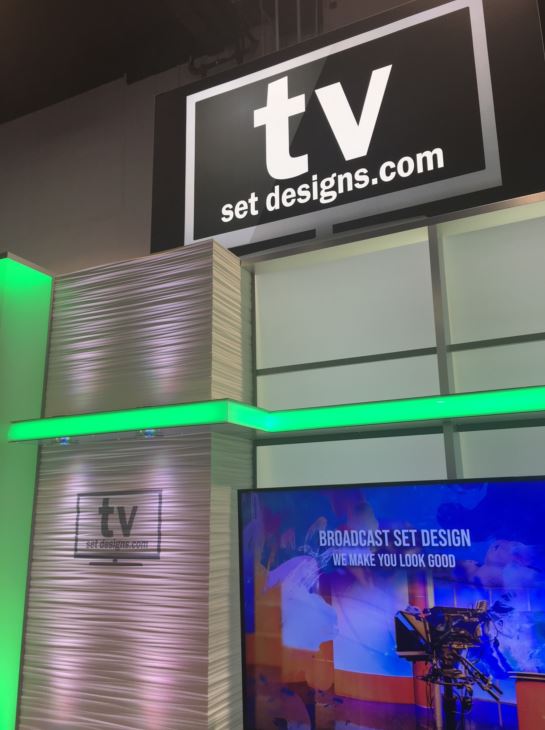 We got in one of these experiential pods that turn, rumble and jolt to the action of three short VR films produced by Intel. While still a novelty, the VR experience of Dunkirk takes you directly to the beaches of Northern France at the WWII battled depicted in Christoper Nolan’s Academy Award-winning film. 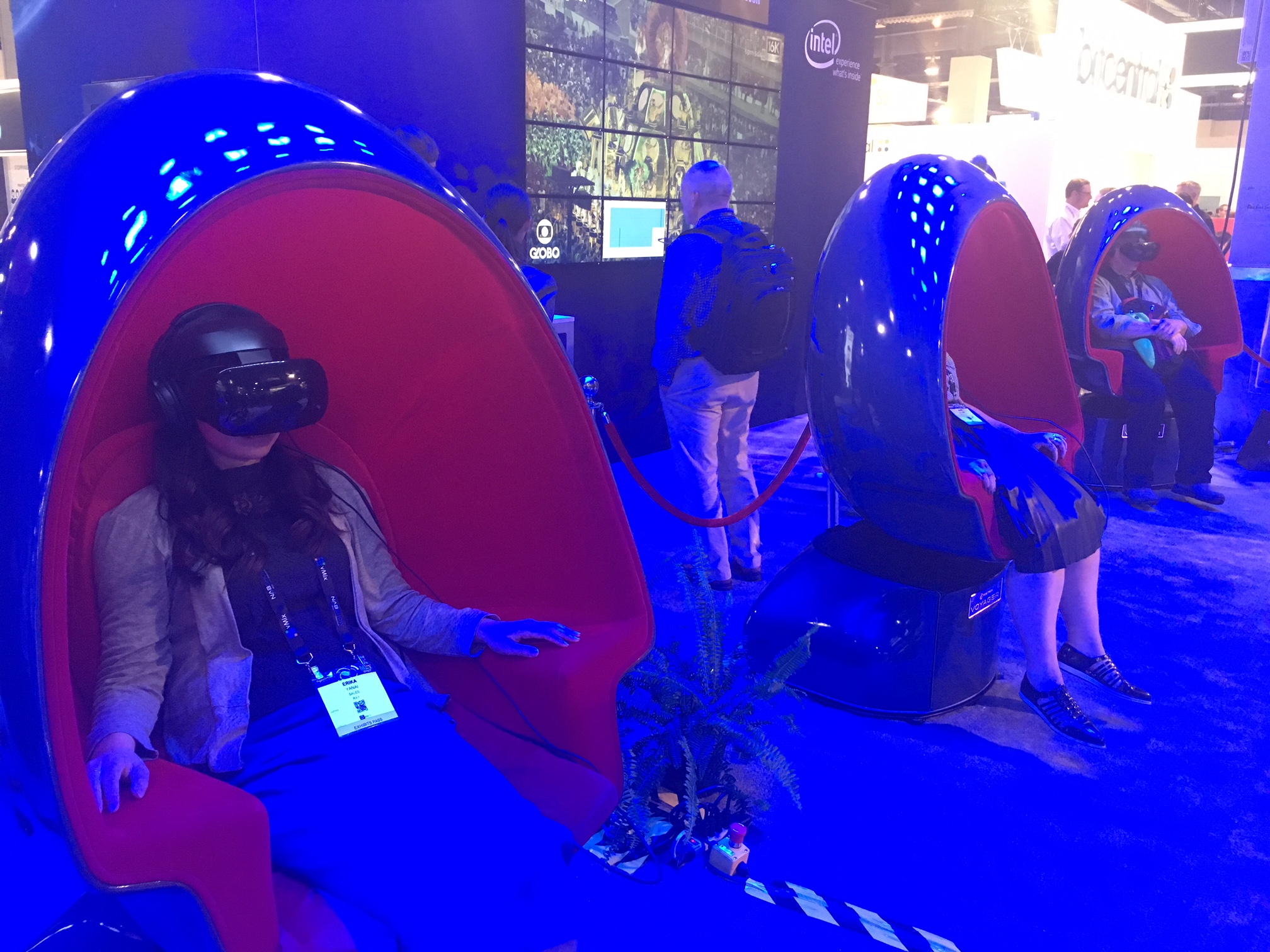