NEXT:Telemundo Orlando Adds Chief Meteorologist and Weather Anchor
PREVIOUS:Here's the Roundup for the Week of August 12 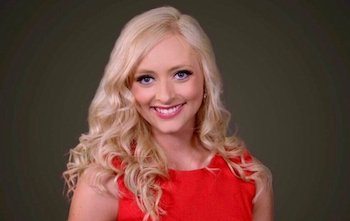 Haley Potter, the Erie NBC and CBS affiliate anchor, who has been accused of making false reports of stalking was in court for a preliminary hearing on Thursday.

The Pennsylvania State Police charged the WICU-WSEE reporter with multiple crimes, including two felonies, after an investigation into her claims that she was being stalked by an unknown person. Police say she made the whole thing up.

The station is following the case and reported that Potter’s preliminary hearing was held in front of Erie County court judge Lisa Ferrick.

“Potter and her attorney’s entered a ‘not guilty’ plea in the proceedings,” reported anchor Eva Mastramatteo. ” Five of the 11 charges, including two felonies, were dropped in today’s hearing. We are monitoring this case and will update as it continues.”

Potter’s bio is still up on the station website.