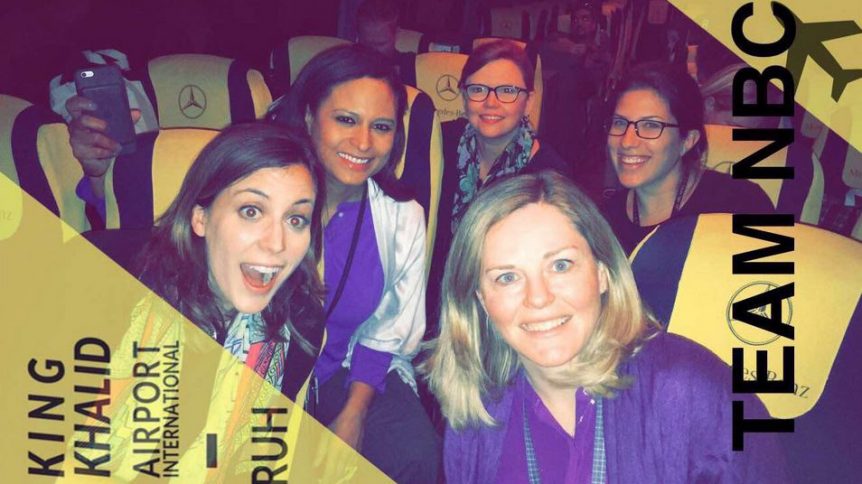 NBC’s Hallie Jackson filed her first Reporter’s Notebook on her first foreign reporting trip, from the 12-hour charter flight. Jackson writes about the stakes of the trip, and the intense news week leading up to it. She also reveals she forgot to pack one very important thing: her phone charger.

Lucky for me, I can borrow one from the colleagues joining me for the journey. Kristen Welker and Kelly O’Donnell, and producers Alicia Jennings and Stacey Klein, are all veterans of presidential foreign trips. Ali Vitali, who covered the Trump campaign, brings a different perspective: She flew nearly every leg of the president’s 2016 campaign. It’s a great mix of experiences and one hell of a fun group. Kelly came up with a hashtag: “Six chicks!” No sleep ’til the last stop in Sicily, but it’s worth it.