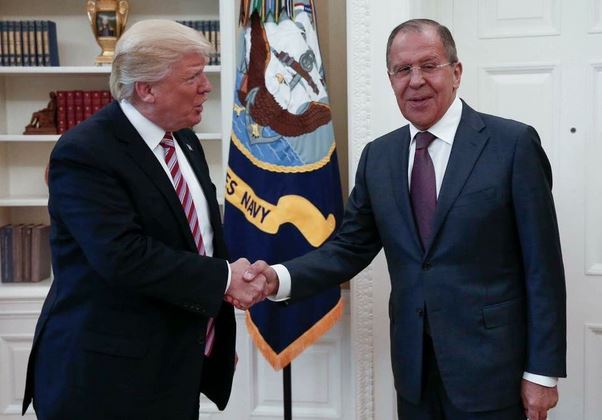 The White House Press Pool was kept out of this morning’s Oval Office meeting between Pres. Trump and Russian’s foreign secretary Sergey Lavrov, but the Russian government was there, and they tweeted out pictures of the meeting.

So here’s where we are: the President of the United States meets with Russia’s top diplomat in the White House, and U.S. media are using Russian-government images to report the story.

“We can and should use the pictures which the Kremlin sent out of the White House meeting,” wrote CBS News standards boss Al Ortiz in a note to staffers. “But you should say where they came from (Russian government), and we should report that the US pool was kept out of the meeting.”

Russia has released this photo of their top diplomat with @POTUS in the Oval Office. The meeting was closed to WH press. https://t.co/Q7JdysrgQl