NEXT:President Biden Says in Super Bowl Sunday Interview That He Hopes Next Year's Game Will Be Played in a 'Full Stadium'
PREVIOUS:ABC News Promotes Wendy Fisher to Senior VP for Newsgathering 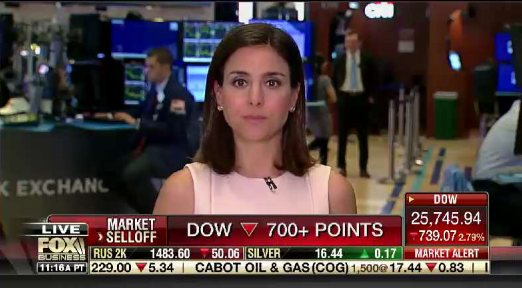 In case you may have missed it in the lead-up to Super Bowl weekend, on Friday, Fox News decided to cancel the Fox Business series Lou Dobbs Tonight.

“As we said in October, Fox News Media regularly considers programming changes and plans have been in place to launch new formats as appropriate post-election, including on FOX Business – this is part of those planned changes,” a Fox News Media spokesperson said on Friday in a statement. “A new 5PM program will be announced in the near future.”

Smartmatic has alleged that the hosts, as well as Trump personal attorneys Sidney Powell and Rudy Giuliani  have spread lies and disinformation about Smartmatic’s role in the 2020 presidential election that have severely damaged its business and more generally, its reputation.

In response to that lawsuit, Fox News Media has said it is “proud of our 2020 election coverage and will vigorously defend this meritless lawsuit in court.”

So, what’s the plan after Friday? Will FBN stick with a different rotating host every couple of days, like what they’re doing this week, or will this end up being handled like Fox News’ 7 p.m. hour, where the network has a rotating host for an entire week? That remains to be seen.