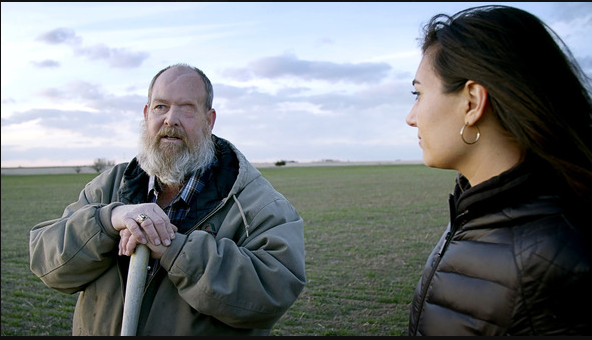 HBO’s Vice News Tonight premiered on October 10, 2016, and the nightly newscast aired its 100th episode this past Tuesday. NPR’s David Folkenflik interviewed Vice founder and CEO Shane Smith and Vice News Tonight ep and chief news executive Josh Tyrangiel earlier this week about the newscast, and how it’s different from others.

Smith brought in Tyrangiel from Bloomberg Businessweek in late 2015 to lead the news division, and to mold and oversee the nightly newscast. According to Folkenflik, it’s currently averaging over 500,000 viewers per episode, the overwhelming majority of whom are millennials and Gen-Xers.

Smith and Tyrangiel agreed that one of the first steps they should take in creating the newscast was to ditch the format of having anchor sitting behind a desk, and instead have an off-camera narrator, typically a correspondent, who introduces each story.

“There is something inauthentic about it, OK? You’ve got a person, however smart – and I have a lot of respect for the anchors that are out there. But the audience knows they didn’t write all the stuff they’re reading. They certainly didn’t report all the stuff that they’re tossing to. Why would you insert any modicum of inauthenticity into it before you even start?” said Tyrangiel.