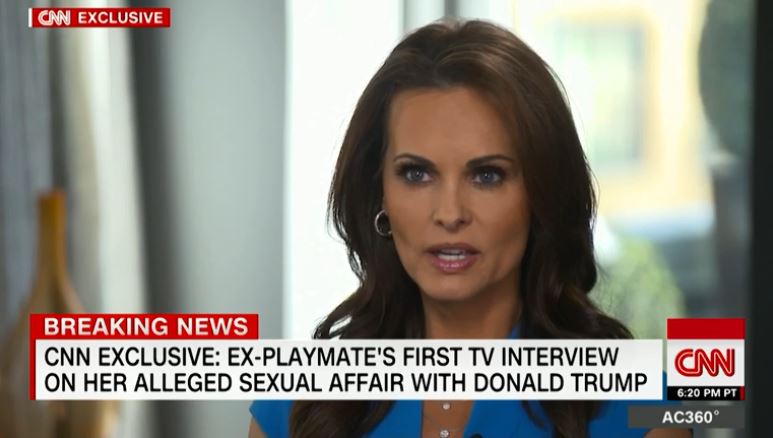 In her revealing hour-long interview with Anderson Cooper last night, former Playboy Playmate Karen McDougal said she was prepared to tell her story of an alleged 10-month affair with Donald Trump before the election, but “got cold feet.”

McDougal said her affair with Trump began in June 2006 and continued until she broke it off in April 2007. Then, in 2011, McDougal said “a couple of journalist” has been digging into the story of a rumored affair. But nothing was ever published.

It wasn’t until Donald Trump became a serious candidate for president, that her story would resurface.

“We were going to ABC and tell the story just to get the story out there, and for nothing, there was no pay,” she said. “They were very interested in the story. They knew everything. They know everything. And I just got cold feet, I said, I can’t do this.”

COOPER: You actually met with people from ABC News?

McDougal said once Trump won the GOP nomination, an earlier proposal her lawyer had worked out, selling her story to National Enquirer publisher AMI, was back in the mix. Here, she explains what happened next: