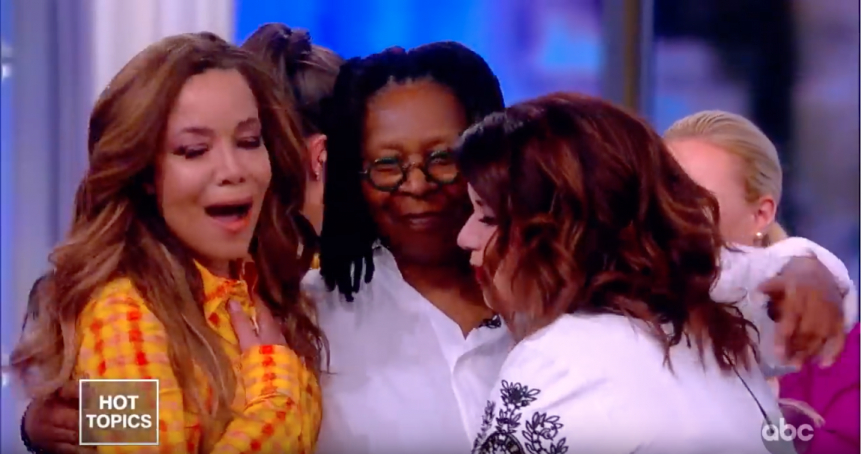 Whoopi Goldberg has been MIA from The View for more than a month, revealing last week in a taped segment that she had a near-death experience with double pneumonia and sepsis.

While still healing, she made a surprise return to the show this morning, stunning her co-hosts, who shrieked and gave her a group hug.

“This is my first foray out. I’m not there yet, I know that,” said Goldberg. “But the only way it’s going to get better is if I begin, so this is my beginning.” She added, coughing, “I still have a cough and that’s the last thing to go.”

Goldberg said she intends to ease her way back into the show over the next week or so, starting on Monday. “My immune system is challenged,” she said.

During her appearance, Goldberg opened up about her illness. “There’s death, and here’s me; that’s how it was,” she said. “You think you can push through because you’ve got a little cold. … You think because you’ve healed quick before that something crazy can’t happen. Well, it can.”

Her ordeal is “a cautionary tale,” she added. “You must really take care of yourself. There’s little tiny stuff out there that will kill you that you never think of.”

For Goldberg, “The scariest moment was hearing my doctor say to me, ‘You do realize how close to death you were?’”

You can see the clip here: