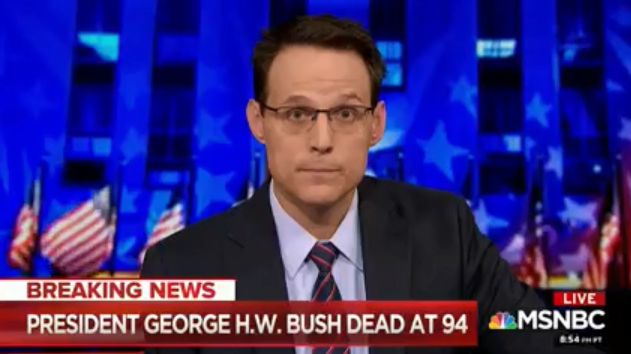 As we reported earlier this week, NBC News legend Brian Williams is leaving the network and MSNBC’s 11 p.m. hour at the end of the year.

“We love Brian and we are so grateful for all of the incredible contributions that he’s made over the last few decades and we wish him the very, very best in this next chapter,” NBC News Group chairman Cesar Conde told Paley International Council Summit attendees on Tuesday. “But during those natural transitions, we have incredible opportunities that have opened up for the extraordinary deep bench of journalists that we have at the News Group.”

So, who on MSNBC’s bench of journalists could potentially fill Williams’ shoes at 11 p.m.?

One obvious choice to step in is Ali Velshi, who has occasionally filled in for Williams over the years. An MSNBC veteran and Swiss Army knife-like talent, Velshi is Rachel Maddow‘s primary substitute host, currently hosts weekend mornings on MSNBC, contributes to the network’s election night coverage and also reports on major events from the field.

Steve Kornacki emerged as one of Williams’ top substitute hosts in 2020 and, with the 2022 midterms beckoning, Kornacki’s expertise when it comes to all things election-related could prove pivotal on a nightly basis.

Another candidate for 11 p.m. should be Mehdi Hasan, a progressive who hosts a streaming show on MSNBC The Choice, as well as the 8 p.m. hour Sundays on MSNBC. Still relatively new to the NBCU News Group, Hasan is respected among media figures for his hard-hitting style of questioning—and he also happens to be Hayes’ primary substitute weekdays at 8 p.m.

However, replacing Williams isn’t the MSNBC’s only major scheduling challenge in 2022. The network’s most popular personality, Rachel Maddow, will reportedly wind down her nightly hosting duties at some point next year. That powers-that-be need to figure out how and who could replace her at 9 p.m.

Nicolle Wallace has become one of the most popular personalities on the network in recent years. After leaving ABC’s The View, she became a regular contributor on Morning Joe, and later got her own show, Deadline: White House—now one of the network’s most-watched shows.

Wallace seems like a natural fit to take on 9 p.m. However, it has been reported that she isn’t too keen on the idea of hosting a 9 p.m. show, as she has a son who she would like to spend the evening hours with.

MSNBC attracts one of the largest Black audiences in all of cable television, and putting three white people in prime might not be an optimal move. But there have been reports that the network also isn’t too keen about moving Joy Reid from 7 p.m. to 8 or 9 p.m. due to her past controversial statements. For instance, she has repeatedly had to apologize for decades-old homophobic and anti-Semitic blog posts. Jonathan Capehart, Tiffany Cross and Zerlina Maxwell are other Black hosts of  streaming or linear programs on NBC News/MSNBC. Neither Capehart nor Maxwell have garnered particularly great ratings when they’ve guest-hosted weekend evenings.

Tom Llamas is another well-regarded TV newser who returned to NBC News earlier this year after a seven-year stint at ABC News, where he anchored the weekend edition of World News Tonight, and also had a show on ABC’s streaming news service.

Llamas has done a bit of everything since returning to NBC, from covering the Olympics, to reporting for Today, filling in for Lester Holt on NBC Nightly News and now hosting his own nightly show on NBC’s streaming news service.

Many believe Llamas will succeed Holt in the NBC Nightly News anchor chair and, if Wallace moves to primetime, why not let NBC viewers get to know Llamas better by giving him Wallace’s time period on the cable channel?

However, if Llamas stays on streaming, a sleeper candidate to move to Wallace’s existing time period (assuming she indeed shifts to primetime) could be CNBC anchor Shepard Smith. If CNBC decides to pull the plug on his low-rated evening newscast, there should be a spot for him somewhere in the NBCUniversal News Group. He’s too talented a broadcaster making too much money to fully cut ties with at this point.