Following the reveal of Pres. Trump’s “Fake News Awards,” we have the results of a more scientific study into the public’s perception of the news media.

The good news, according to the Gallup/Knight Foundation Survey on Trust, Media and Democracy, Americans believe the news media have an important role to play in society, with more than eight in 10 U.S. adults believing the news media are critical or very important to our democracy. But they say it’s harder (58 percent) rather than easier (38 percent) to be informed with the sheer about of information and news sources available.

And Americans still have a more negative (43 percent) than positive (33 percent) perception of the media. 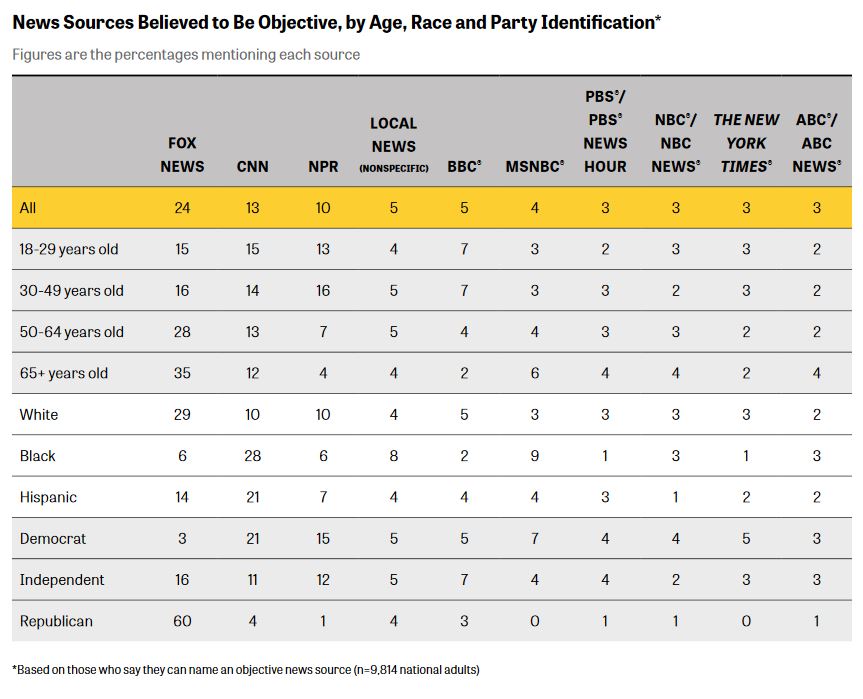