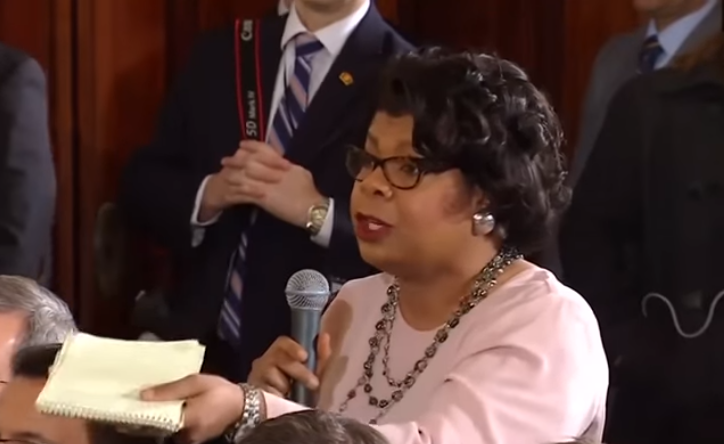 “They’ve put a target on my head…. I’ve had death threats. I’ve had craziness,” Ryan told The Hollywood Reporter’s Jeremy Barr. “All I’m going to say for my safety is: I have a team.”

Ryan, a 21-year veteran of the White House press corps, is paying for the security herself, but she wants The White House to pay for the bodyguards.

“I’ve had some people wait for me outside the White House,” Ryan told THR. “There is a concern now. I mean, I’ve had death threats, I’ve had craziness, so I have a real concern. An honest, real concern…Do I have a bodyguard? Yes, I do. Am I paying for it? Yes, I am. And, I think [Sanders] should have to pay for it, especially if she’s stirring it up with her boss.”

If CNN chief White House correspondent Jim Acosta is considered “the enemy” by the Trump White House and his most passionate supporters, Ryan might be No.2. The Ryan-Sarah Huckabee Sanders dynamic is a tense one, and it plays out as such during the televised briefings. This was also the case when Sean Spicer was White House Press Secretary.

Ryan has become quite a critic of the administration, both in her main gig at American Urban Radio Networks and in her television work as a CNN political analyst.

The interview also explored Ryan’s thoughts about the Trump Administration’s attacks on the media and their general hostility towards the press.

Ryan has a book coming out on Sept. 1, called Under Fire: Reporting From the Front Lines of the Trump White House. Tamron Hall wrote the forward to the book, and according to THR, Ryan is scheduled to promote it on The Daily Show With Trevor Noah, and ABC’s This Week with George Stephanopoulos, as well as across the CNN programming slate.