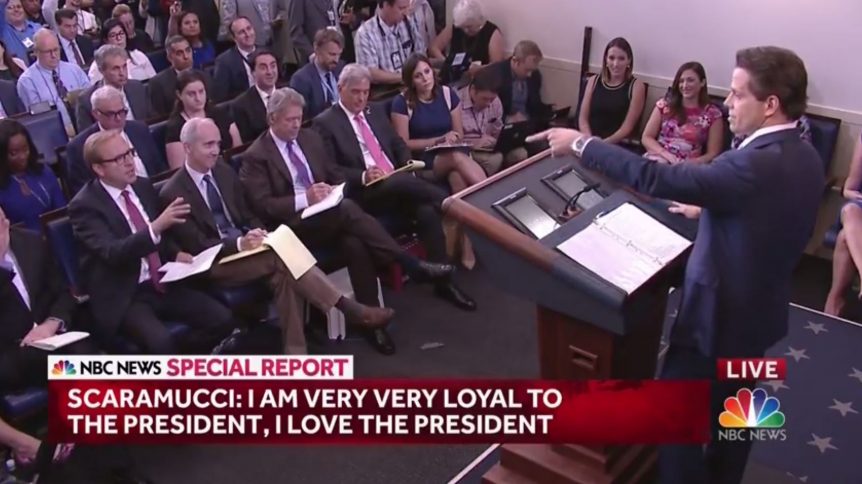 Andrew Tyndall is out with his annual list of which stories got the most coverage and which correspondents got the most airtime last year.

Tyndall’s analysis comes from monitoring the three broadcast evening newscasts, so this does not include broadcast morning shows or any cable news.

The top story of the year on all three evening newscasts was the coverage of Russia’s meddling in the U.S. election, and the federal probe into it. The CBS Evening News gave it the most time, at 266 minutes, but not much more than ABC at 245 minutes. The No. 2 story was the repeal of Obamacare, with NBC giving it the most time, with 160 minutes. NBC also gave the most time to the No. 3 story, North Korea’s nuclear ambitions. 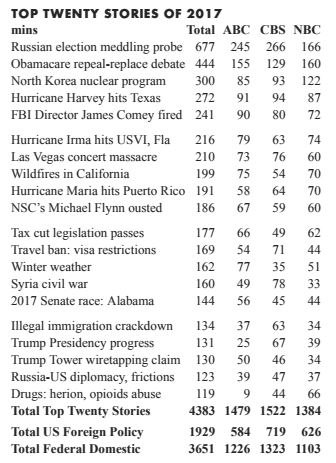 As for the most-used correspondents, three ABC News reporters top the list, including two White House correspondents. Jonathan Karl got the most airtime last year, with 374 minutes. ABC’s Tom Llamas, who covered the Trump campaign, topped this list for 2016. NBC’s Miguel Almaguer topped the list in 2015. The most-used CBS News correspondent in 2017 was Nancy Cordes, while Hallie Jackson was NBC’s most-used. In 2016 Jackson accrued 280 minutes of NBC Nightly News. In 2017, that jumped to 306 minutes. 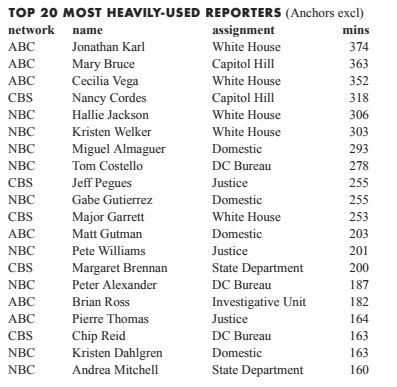