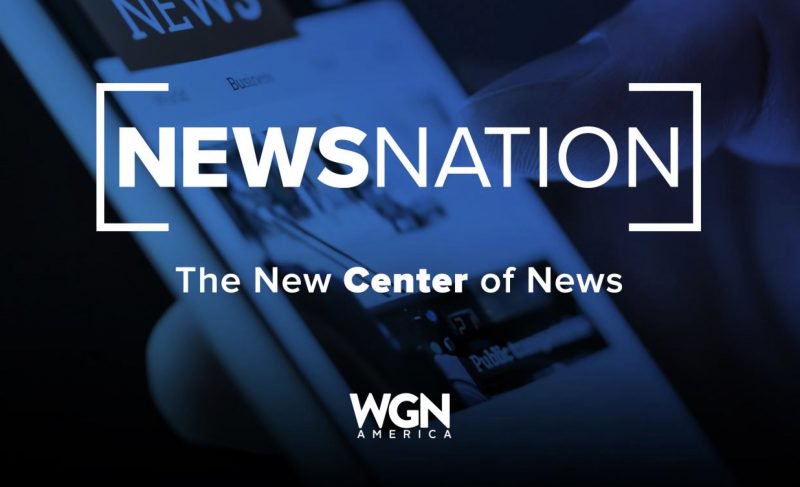 It is quite a challenging time to launch national news programming, but broadcast television juggernaut Nexstar Media has been up for the challenge.

Originating from a state-of-the-art studio and newsroom built from scratch at WGN headquarters, News Nation will air seven nights per week, and feature TV newsers from the local WGN-TV and from Nexstar stations across the country.

Prime-time cable news is primarily defined by opinion and talk programming, and News Nation feels it may be successful because it plans to deliver a program “absent of bias, absent of opinion” in that prime-time daypart.

According to Chicago media reporter Robert Feder, News Nation is being backed by a $100 million advertising and promotional effort.

Donlon added: “I’ve heard people ask: ‘Is there room for you in this center lane?’ And I would argue there’s plenty of room because we’re really the only ones in it.”

WGN America vp of news (and former WGN-TV news director) Jennifer Lyons will be in charge, with Sandy Pudar as news director of News Nation.

The promo video below is titled The Making of News Nation. It features WGN America evp Sean Compton, who brought the idea to Nexstar Media Group chief executive Perry Sook.

Compton, Lyons and other high-profile figures talk about the making of the $20 million startup program—not just the planning and execution process, but also the actual construction process, which was an extraordinary feat in itself considering all of this had to be done on a tight deadline in the middle of a pandemic.

Here is additional information about the News Nation on-air team.

Joe Donlon: For the past two years, Donlon served as co-anchor of WGN-TV’s 9 p.m. news in Chicago. Prior to joining WGN-TV, he was the main anchor at KGW-TV in Portland, Ore., for 21 years. His reporting has taken him as far away as Kuwait, just days after the end of Operation Desert Storm, and he has covered political conventions, impeachments and the Olympics.

Marni Hughes: A television journalist for more than 20 years, Hughes joins News Nation from KCPQ-TV in Seattle, where she anchored the evening news for eight years. At KCPQ-TV she launched a regular health news segment focused on wellness and lifestyle and was recognized with an Emmy for a series of stories about families struggling to raise autistic children.

Rob Nelson: With more than 20 years of experience as a journalist, Nelson has been a correspondent for Good Morning America, World News Tonight and Nightline. He began his career as a print reporter for New Orleans’ daily newspaper, the Times-Picayune. Nelson covered the arrest of legendary Boston mobster Whitey Bulger, the murder case against Aaron Hernandez of the New England Patriots and, live from South Africa, Nelson Mandela’s release from the hospital just weeks before his death.

Albert Ramon: Ramon was chief meteorologist at KVUE-TV in Austin, Texas, for the last 10 years. He started his television career in 2005, after joining the weather staff at KZTV-TV CBS 10 in Corpus Christi, Texas, where he ultimately became the station’s chief meteorologist. Ramon has covered severe weather throughout his career and has earned the Seal of Approval from both the American Meteorological Society and the National Weather Association.

Rudabeh Shahbazi: A three-time Emmy Award-winning anchor and reporter, Shahbazi has covered news in markets across the country, as well as the Middle East, Southeast Asia, Mexico and Cuba. Most recently she was the main anchor at CBS Miami for five years, where she anchored live continuous coverage of the Pulse nightclub, the Parkland school shootings and Hurricanes Matthew, Irma and Maria.

Aaron Nolan: Nolan has served as a reporter/anchor at Nexstar television stations for 15 years, and was most recently the co-anchor at KARK 4 Today in Little Rock, Ark. He also served as the anchor of Nexstar’s NewsfeedNow, a daily streaming digital news interactive program. He will play an integral role in development of WGN America.com and the digital footprint for News Nation. Nolan has won numerous awards for his journalism, including an Edward R. Murrow regional innovation award for NewsfeedNow.

Gerard Jebaily: He has been an on-air reporter in Myrtle Beach, S.C.; Savannah and Albany, Ga.; and most recently at KSHB-TV in Kansas City, Mo. Jebaily’s passion for meteorology began at the age of 6, when Hurricane Hugo devastated his home state of South Carolina. He built his own personal storm vehicle and in over 20-plus years of chasing, witnessed and documented a variety of significant weather events across the central and southern United States, including record flooding, hurricanes and massive tornadoes.

Tom Negovan, New York Bureau Correspondent: Negovan is a WGN-TV News veteran, with 15 years at the station covering political conventions, campaigns, hurricanes, the Boston bombings, riots in Ferguson, Mo., and the mass shootings in Sandy Hook, Conn., Las Vegas and Orlando, Fla. He worked as an embedded correspondent in both Iraq and Afghanistan, along the way picking up 19 Emmy Awards and nominations.

Nancy Loo, Los Angeles Bureau Correspondent: Raised in Northern California, Loo joins News Nation from WGN-TV News, where she was an Emmy Award-winning reporter and fill-in anchor. She brings an extensive background of international reporting, having worked as an anchor and reporter in Hong Kong, Tokyo, New York and Chicago.

Markie Martin, Dallas Bureau Correspondent: Formerly the weekday morning news anchor for KOCO 5 News in Oklahoma City, Martin and her team were recognized as the Best Morning Newscast by the Oklahoma Association of Broadcasters in 2019 and 2018. She was on air and in the field for the devastating tornado in Moore, Okla., and covered its aftermath. She also covered the Oklahoma teacher walkout and ceremonies connected to the anniversary of the Oklahoma City bombing.

Brian Entin, Miami Bureau Correspondent: An Emmy Award-winning reporter for WSVN-TV in Miami, Entin covered several major hurricanes, including Dorian in the Bahamas, Irma in the Florida Keys and the rebuilding efforts after Hurricane Maria in Puerto Rico. In 2018, he extensively covered the Parkland school shooting and was the first reporter to obtain video of the shooter attacking deputies in jail.