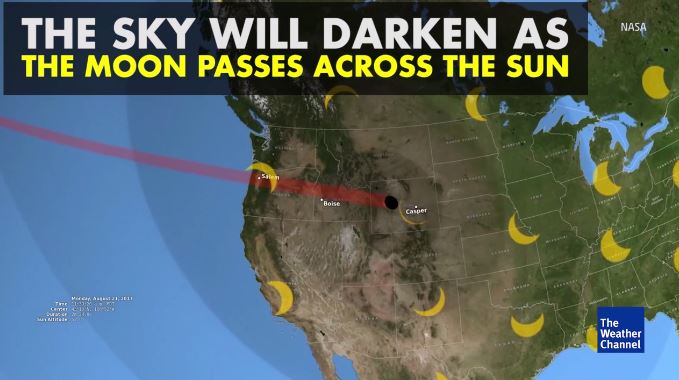 Since you’re never supposed to look directly into the sun, The Weather Channel will do it for you as it covers the total solar eclipse on August 21–the first eclipse of its kind in the U.S. in nearly 100 years.

The Weather Channel will use its team of meteorologists as well as its technology and design units for in the field and in-studio coverage beginning at 5 a.m. ET. The eclipse will first be noticeable around 10:15 a.m. PT along the Oregon coast. The longest duration will be about 2 minutes 42 seconds near Carbondale, IL. The total eclipse will be last seen in the continental U.S. near Charleston, S.C. around 2:46 p.m. ET.

Weather Channel will use augmented reality to examine the science behind the eclipse, something that was inconceivable during the last total solar eclipse across the entire U.S. on June 8, 1918.