NEXT:20/20 Up Double Digits as It Devotes Hour to Turpin Family
PREVIOUS:Here's a First Look at Fox News' New Newsroom 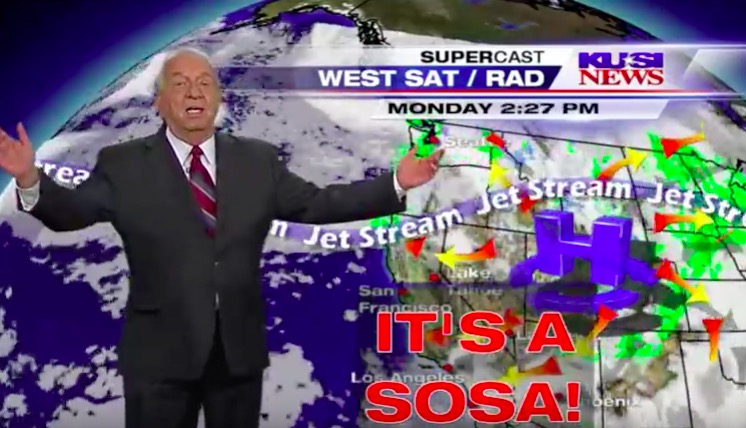 John Coleman, who was Good Morning America’s first weather forecaster, was a co-founder of The Weather Channel, and spent more than 60 years forecasting at local stations across the country, has died.

Coleman died at his home in Las Vegas last night surrounded by his family.

Coleman spent most of his career in local TV news at stations in Peoria, Omaha, Milwaukee and at all three network-owned stations in Chicago: WBBM (CBS), WLS (ABC) and WMAQ (NBC).

Coleman worked as the the original weathercaster for the launch of ABC’s Good Morning America in 1975. He returned to GMA in 2015 as the show celebrated its 40th anniversary.

While working at WLS in the early 1980s, Coleman developed the concept and business plan for what became The Weather Channel. He was the network’s first president and CEO, but was pushed out of the company after about a year. In 2014, the network distanced itself from Coleman after he went on Fox News and called the research behind climate change “bad science.”

On Coleman’s passing, The Weather Channel released this statement: “Thirty five years ago John Coleman and others founded The Weather Channel to answer a demand for around-the-clock weather information. We will forever appreciate his vision that we continue to this day as the demand for severe weather coverage and hyper-local forecasting is at an all-time high.”

John Coleman spent the last 20 years of his career at KUSI in San Diego before retiring in 2014. John Coleman was 83.

The founder of the @weatherchannel John Coleman has died at 83. R.I.P. John.https://t.co/bhQhnocg5K