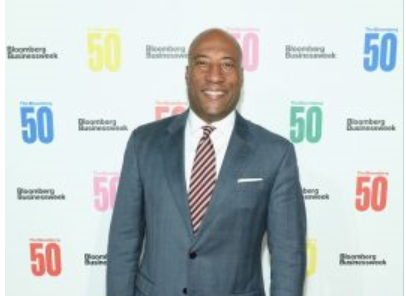 “Rupert Murdoch is very smart; he is the best of the best,” Allen told New York Times’ Michael Grynbaum in a recent interview. “I am not surprised he’s coming into the weather space. Honestly, I would have been disappointed if he didn’t.”

Allen told the Times that he and Murdoch recently met for an hour in Murdoch’s office on the Fox lot in Los Angeles. “We had a great time together,” he recalled. “Now the world will understand how big of a business the weather business is and how important it is.” (A spokeswoman for Murdoch apparently did not comment to the NYT on the meeting.)

Fox’s well-funded venture has signed on-air meteorologists and producers away from local stations across the country, and as well as from The Weather Channel in preparation for its third quarter launch.

Allen remarked to the Times that he was unbothered by Fox’s poaching of his talent. “Business is a contact sport,” he told the Times. “So they took a couple of our producers. That’s OK. What I’ve always found is that whenever we hire new people, we usually get better.”

Rivalries, he added, can be mutually beneficial.

“There’s no Ali without George Foreman,” he said. “I just love the fact that one of the best to ever live in the business of media wants to be a partner in this space with me.”