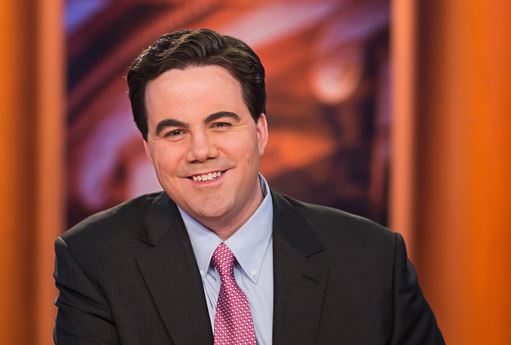 Minutes after news broke that Anthony Scaramucci was out as White House Communications Director, the Washington Post’s Robert Costa was across the country, in Los Angeles, meeting with a group of TV reporters and critics.

“In this environment, we’re all working 24-7,” Costa said at the Television Critics Association press tour. “It never stops. I never put my phone down.”

Like most journalists in 2017, Costa is multi-platform: reporting for the Post, contributing on TV, and hosting an iconic politics show, Washington Week, airing Friday nights on PBS.

As for balancing his print and TV gigs, Costa says “I don’t see them as divided, I see them as integrated.” But it’s his role as a contributor on MSNBC where he most careful about making sure his response or analysis is based on his reporting, so he won’t be accused of bringing a personal bias. “‘I’m going to stick to my reporting today,'” he says is his mantra.

Costa is just the 8th moderator in the 50-year history of PBS’s Washington Week. “Friday is a place you can come at the end of the week and say, ‘where are we going?’ and ‘what have we learned?'”

Adweek’s Jason Lynch, covering the TCA summer press tour, reports that since taking over in April, Costa has tried to build “a show that’s committed to explaining policy to people,” noting that he had devoted entire episodes to issues like health care policy.

“Maybe it’s not the flashiest show, but it’s a balanced show,” he says.

Costa disputed one observation that morale among White House reporters must be at an all-time low. “There’s an energy right now…this is one helluva story we’re living in.”

“He embraces disruption. He embraces chaos. He has always surrounded himself with competing power centers,” Costa said of President Trump. As for today’s big White House news, the firing of Scaramucci at the urging of new Chief of Staff John Kelly, Costa said now “there may be some stability.” But he added, “(Kelly) hasn’t gotten control of (Trump’s) twitter yet.”